Long ago, there was a famous king in Hastinapur named Shantanu. Devavrat was the eighth son born to King Shantanu and Gangadevi. Devavrat’s mother left him under his father’s care due to her past vows.

Devavrat grew up mastering the Vedas and Scriptures by guru Vashistha and trained on art of war by warrior guru Parashurama. He was a magnificent king who had all the excellence, capability and skills about political science. He followed the path of truth irrespective of the circumstances and never broke his promises.

Life as a youth:-

Prince Devavrat had developed all the capabilities and qualities to rule Hastinapur under his father’s guidance with truth and justice. But one day, when his father King Shantanu had been for hunting, he fell in love with a young girl Satyavati, daughter of a fisherman named Dasharaj. He desired to marry Satyavati but her father disagreed as Shantanu was old enough to be married to her and he seems to have overlooked about Satyavati’s future after marriage. 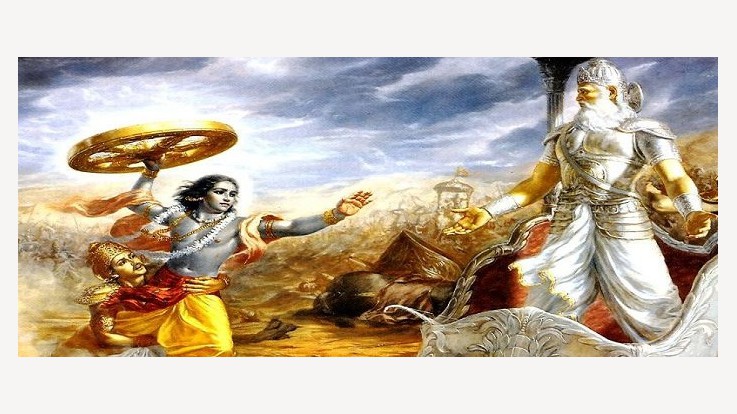 Shantanu tried all possible ways to convince her father with rewards and riches but everything went in vain as her father was much determined that the throne should be surrendered to Satyavati and her children. The king worried about his proud son’s future as he was perfect and appropriate as a king to rule his kingdom. Shantanu became depressed and soon fell sick. And spent most of his time alone and didn’t speak much.

Devavrat observed his father’s sadness and upon much inquiry he came to know the true reason. To sooth the pain in his father’s heart, Devavrat visited Satyavati’s father and begged him to allow her to marry Shantanu. Though he agreed to give up the throne which was his birth right, the fisherman was adamant and said that there was no guarantee that Devavrat’s children wouldn’t ascertain the right to throne Hastinapur after all he was Shantanu’s first born son. It was then that Devavrat sworn an oath. It was an oath that shook the earth and the heavens, echoed down the corridors of history that would finally reshape the kingdom of Hastinapur.

Devavrat vowed that he would never marry and would never father any children, before all the gods he swore this……for the sake of his father’s happiness……

And thus the kind hearted Devavrat came to be known as Bhishma (meaning ‘he of terrible oath’). Dasharaj had no words to render and Bhishma stole away his courage, Satyavati, his future mother to Hastinapur. When he united his father with the woman he loved, instead of being happy Shantanu felt that his feeble heart had brought ruining upon his kingdom. However, he recognized his son’s immense sacrifice and granted him a boon that-‘His virtuous son would be able to choose the moment of his death and without his consent, death will not be able to touch him’. 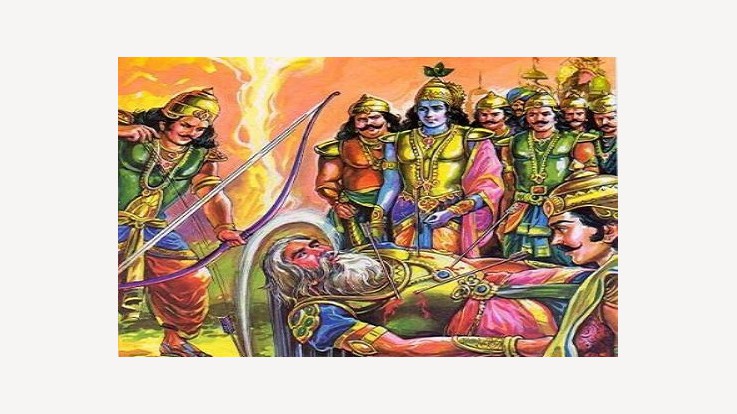 Bheeshma Peetamah during his last time

Bhishma kept his promise and watched over the throne of Hastinapur like a silent guardian. Soon dark days visited Hastinapur, Shantanu was no more but under Bhishma’s guidance the kingdom remained strong and no enemy dared to cross the parts of Hastinapur. Bhishma acted like a father to his two half-brothers, Chitrangada and Vichitraveerya and brought them up as capable rulers.

In the time of Mahabharata, though he had guided both Kauravas and Pandavas, well-about ruling a kingdom, during the war, he had unwillingly supported evil Duryodhana (Kaurava), as he ruled Hastinapur as a King. He was badly wounded by Arjuna in the war but his death embraced only when he desired, which took place on Makara Sankranti. He was a great devotee and follower of Lord Krishna and followed his guidance’s.Bhishma followed the path of truth and justice till the end of his life that ended to four generations without a desire to throne though he deserved it. The story of Bhishma teaches one to follow their respective duties fully and completely.