Dashrath, King of Ayodhya was blessed with four sons the eldest being Lord Ram. Lord Ram had great skills of a warrior. But Lord Ram went into exile for fourteen years in order to respect his father’s promises to his second wife Kaikeyi. 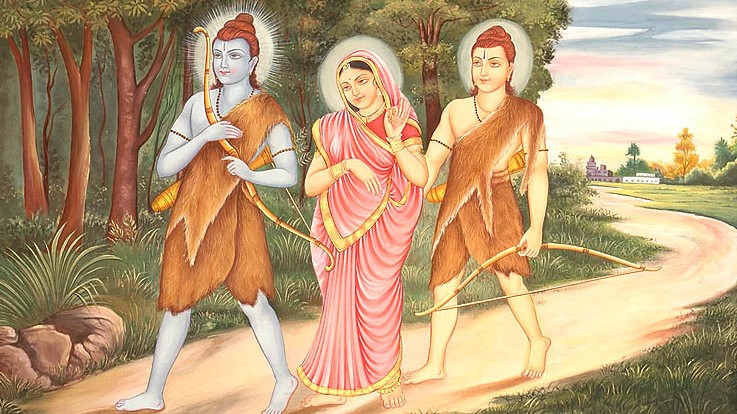 On the way to exile

Lord Ram, his wife Sita and brother Lakshman were living in exile. They moved from one place to another and Ram, a mighty warrior, protected holy sages from evil demons of the forest by destroying the evil demons and paid their respect to the sages. Their journey continued and they reached a place called Panchavati located on the banks of River Godavari.

Panchavati was very charming place with pleasant surroundings and greenery. Lakshman built a beautiful hut to live along the riverside.

Days passed by until one day when demon Shupranakha, sister of Ravan, was wandering about and was instantly struck by Ram and Lakshman’s adorable looks and fell in love. She assumed the appearance of a beautiful woman and approached Ram. She requested Ram to marry her and that they live happily in the forest. But Ram informed her about his wife Sita and asked her to request Lakshman who was also good-looking. But Lakshman rejected her saying that, she will become a servant too as he was Ram’s devout-attendant. Evil Shupranakha thought that if she kills Sita then Ram will marry her, so she pounced upon Sita. Ram shouted for Lakshman, who flew with full of anger, drew out his sword and cut off her nose.

She ran away into the forest with pain, screaming and approached brothers Khara and Dushana. She informed about Ram and Lakshman and asked them to avenge the insult heaped on her. 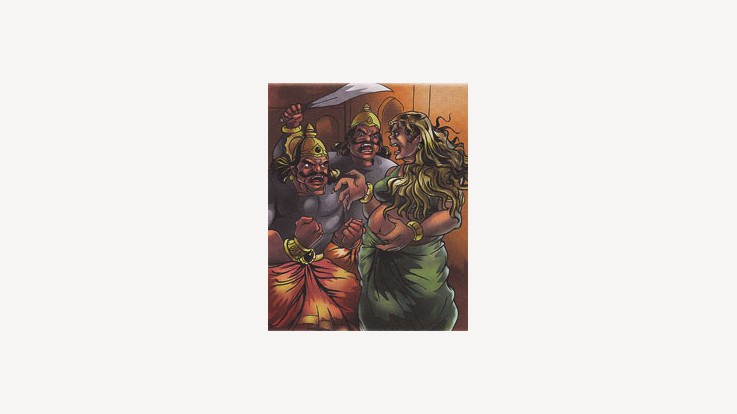 Furiously, they along with their army marched against Ram. Ram fought against them while Lakshman stood guard near Sita. One by one, Ram killed everyone in the army and finally killed Khara and Dhushana too. Shupranakha watched in horror as her brothers and their army was being destroyed. She flew at once to Lanka to seek the protection of RavanaRavana was shocked to see her disfigured and asked her for the cause. Shupranakha narrated the whole story, pleaded him for revenge and informed about the beauty of Sita.  Ravana thought of an evil plan that would get lovely Sita.

Ravana flew in his ‘magical chariot’ and reached demon Maricha. He asked Maricha, master of disguise, to take the form of a golden deer. Maricha who already had an experience of being punished by Ram refused at first but as he knew that either way he would be killed but since he  preferred to be killed by Ram he agreed finally. 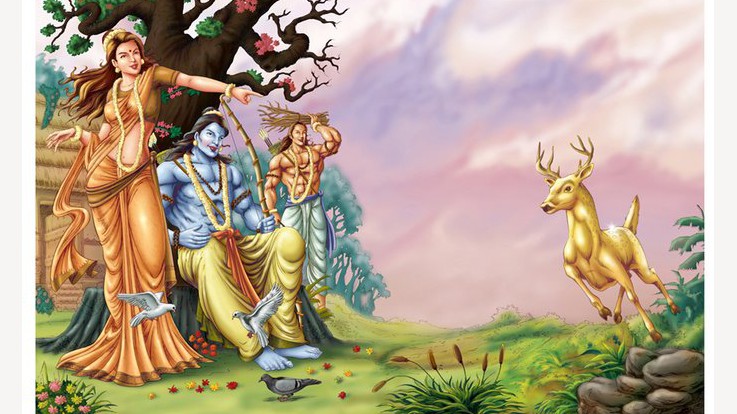 Maricha disguised as The Golden Deer

Maricha transformed into a golden deer and roamed in-front of Sita. Sita asked Ram to catch it for her. Ram asked Lakshman to look after Sita and went behind the deer. The deer led him deep into the forest and at last when Ram found it impossible to catch it alive, he killed it with a sharp arrow. As the arrow struck, Maricha gained his true form and screamed loudly imitating Ram asking for help to Sita and Lakshman. Ravan’s plan had worked.

Thinking that some problem might have occurred to Ram Sita requested Lakshman to leave her alone and look for Ram.

Before he left, he drew a line across Sita and asked her not to cross until he returned. Ravan watched all this from a distance disguised himself as a hermit and approached Sita asking for food. Sita brought some food to offer the holy man standing within the line. Ravana asked her to come out of that line and offer. 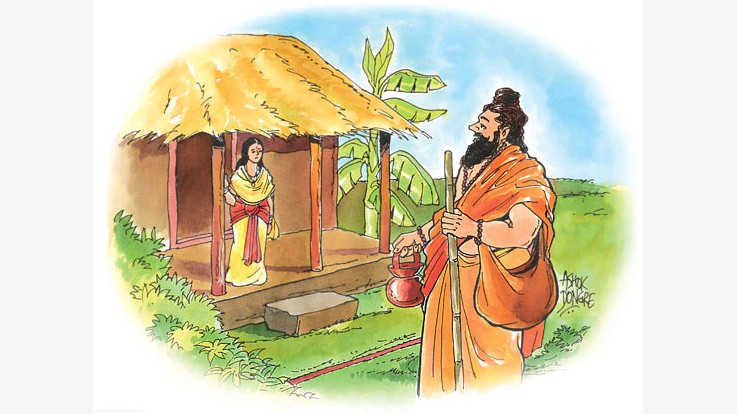 Ravan disguised as a sage

But before Sita could realize what she was doing, Ravana caught hold of her hand and took her away in his chariot towards Lanka. Sita screamed out loudly for help. As he drove, Jatayu, the great eagle, objected Ravana and fought with him. But Ravana mercilessly, cut off his wing and Jatayu fell down. 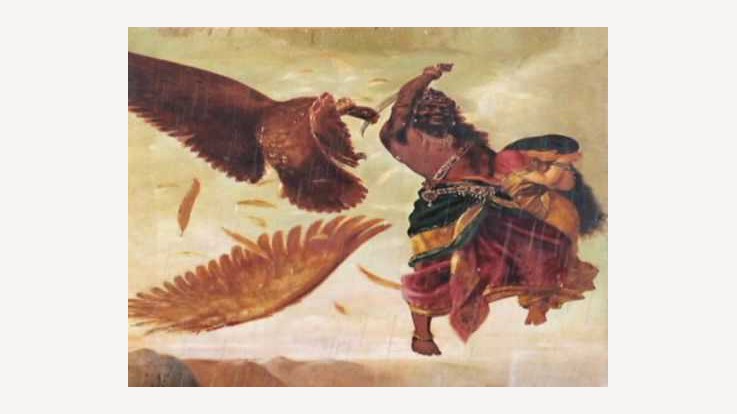 Sita’s attempt to escape went all in vain and as they drove, Sita took of her jewellery and threw it down hoping that Rama may see it.