Gujarati community is famous for their entrepreneurial skills and business management. The business community also follows the culture of Indian traditions and plan important business events during the auspicious time of Lakshmi Puja. 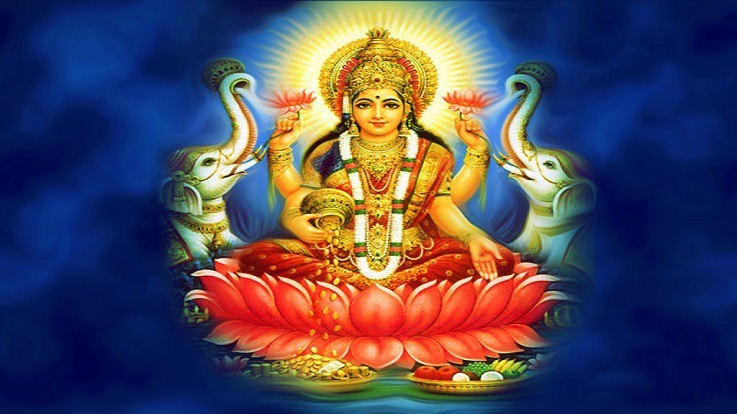 Diwali is the most appropriate time to seek the blessing of Goddess Lakshmi, Lord Ganesha and Goddess Saraswati for a prosperous and profitable year. Hence, new account books are sanctified during Chopda Puja. In Gujarat, traditional account books are known as Chopda or Chopda. However, in the era of computer and laptop, the importance of book has been marginalised as most businesses use laptops and other software to manage their financial data. But it doesn't change the significance of Chopda Puja. Businessmen worship their laptops instead of books, by keeping it in front of the deities. Swastika, Om, and Shubh-Labh are drawn on the top of the laptop. Choghadiya Muhurat prevailed in Gujarat and considered suitable to perform Chopda Puja. People prefer auspicious Choghadiya timings on Deepavali. Choghadiya Muhurat of Amrit, Shubh, Labh, and Char are considered as auspicious Muhurats for performing Chopda Puja. However, Lagna based Diwali Muhurat, and Pradosh time Lakshmi Puja Muhurat are considered more significant for Chopda Puja. 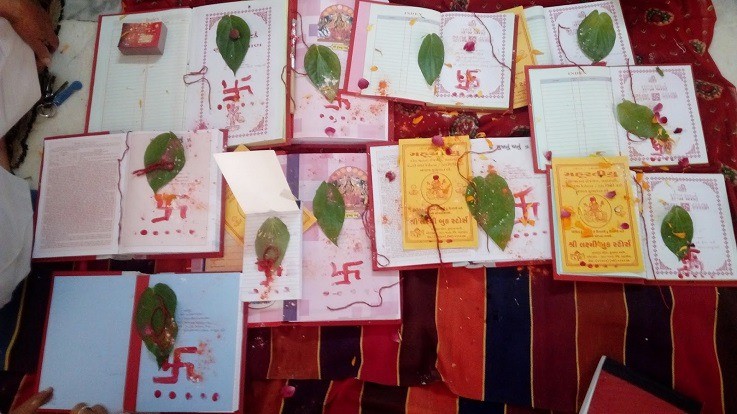 According to a legend, Lakshmi, the goddess of wealth and consort of Lord Vishnu, visited her devotees to bestow gifts and blessings. To welcome the Goddess Lakshmi, devotees clean their houses, decorate with lamps, lights, prepare sweet treats and delicacies as offerings.

The ritual of Chopda Puja or Muhurat Puja is also performed in Rajasthan and Maharashtra by Hindu business community. The puja begins by placing a piece of new cloth on a raised platform. Handfuls of grains are kept in the centre, and a pot made of gold, silver, or copper is placed on it. Three-quarter of the pot is filled with water and betel nut, flower, a coin, and rice grains. Five kinds of leaves or leaves from a mango tree are used. A bowl filled with rice grains is placed on the pot. A Lotus is drawn with turmeric over rice grains, and the idol of Goddess Lakshmi is placed on the top of the pot with coins around it. The idol of Lord Ganesha is placed in front of the pot, on the right side. Pen and account books are kept on the platform. A lamp is lit. The puja starts by offering turmeric, kumkum, and flowers to the Goddess Lakshmi as well as to the water which is later used for the puja. Goddess Lakshmi is worshipped by reciting the Vedic mantras. Flowers are offered to the idol. An idol of Lakshmi is bathed with water, Panchamrita (a mixture of milk, curd, ghee, honey, and sugar) followed by water containing a gold ornament or a pearl. The idol is placed back on the pot. Sandal paste, a garland of cotton beads, saffron paste, perfume, turmeric, kumkum, Abir, incense stick, Gulal, marigold flowers, and Bael leaves are also offered. An offering of sweets, Puffed Rice, Coriander seeds, Cumin seeds coconut, fruits, and Tambul is made. Aarti is performed at the end, dedicated to Goddess Lakshmi.

Significance of Bhumi Puja and Havan