Durva Ashtami is a unique observance which is dedicated to worshipping Durva Grass, an essential item used in Hindu rituals. Durva Ashtami falls on the ‘Ashtami’ (eighth day) during the ‘Shukla Paksha’ in the lunar month of ‘Bhadrapada.’ According to the beliefs, observing Durva Ashtami with devotion brings prosperity and peace. The festival is celebrated with immense gaiety and enthusiasm in West Bengal and other eastern regions of India. In Bengal, it is referred as ‘Durvashtami Brata.’ On this day Durva is offered to the Lord with its tip facing the east. It is believed that by observing this ceremony immortality and blessedness for ten ancestors is secured. 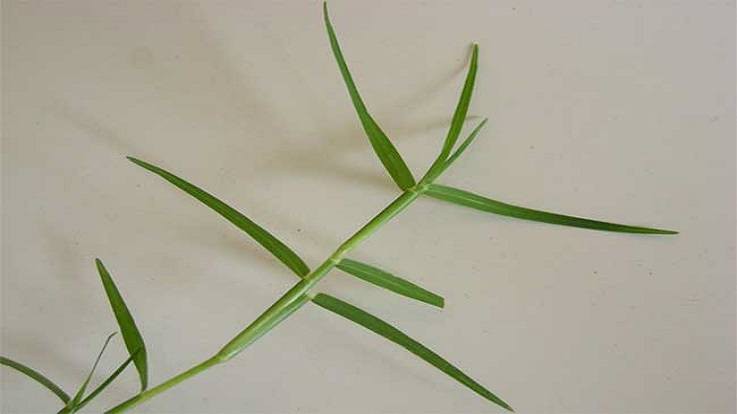 Durva has a religious significance. It is a symbol of prosperity. As per the legends, the few hair strands that fell from Lord Vishnu’s arm became the Durva Grass. When the Asuras and Devas were carrying the ‘Amrit,’ after Samudra Manthan, few drops of Amrit fell on Durva Grass. Since then it became auspicious and immortal. Those who worships Durva Grass on Durva Ashtami with dedication gets all the desires fulfilled. It is believed that those who consumes only raw foods on Durva Ashtami is freed from all the sins. The significance of Durva Grass was explained to King Yudhisthira by Lord Krishna. A man who religiously performs the Durva Ashtami Puja will be blessed to keep his legacy moving forward, from generations to generations.

There is a mention of Durva in the Rig Veda and Atharvana Veda. According to Bhavishya Purana, Durva emerged from Lord Vishnu’s hair on his hand and thighs while he supported mount Mandara during the Samudra Manthan as a Turtle. According to Vamana Purana, Durva emerged from Vasuki’s tail- the snake which was used to churn the Ocean during Samudra Manthana.

Another reference is that there once a demon Analasur terrified the world and the Devas who then approached Lord Shiva seeking protection. Lord Shiva asked them to visit Lord Ganesha as he would be able to put an end to the demon. Devas approached Ganesha and sought protection from Analasur. Lord Ganesha fought a battle with Analasur and swallowed him. It caused a lot of agony to Lord Ganesha. Lord Indra gave him the moon to be worn on his forehead so that he could have a cooling effect. Hence, Lord Ganesha is also known as Balachandra. Lord Vishnu gave him a Lotus flower. Lord Varuna showered rain on him, but the suffering of Lord Ganesha did not reduce. It was then that 88,000 saints performed Archana to Lord Ganesha with 21 Durva grass each. Lord Ganesha was cured of his stomach ailment. Thus Lord Ganesha is worshipped with 21 Durva Grass on Ganesha Chaturthi day. 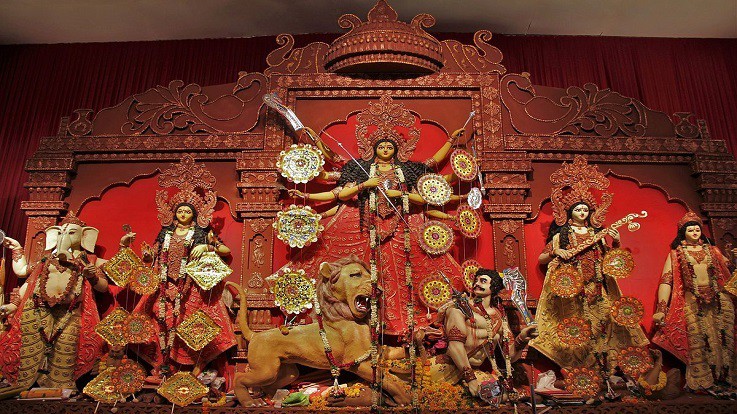 In Ramayana, Sita is said to have placed a blade of Durva between Herself and Ravana during her confinement in Ashoka Vana. She had warned Ravana not to cross the grass.

Durva Ashtami rituals are mainly observed by women. They wake up before sunrise, take an early bath and wear new clothes. On this day, women offer special rituals and puja to Durva Grass. The auspicious Durva Grass is worshipped with flowers, fruits, rice, incense sticks, and Curd. Women keep a fast. Devotees also worship Lord Shiva and Lord Ganesha. Women perform the puja for the long life and prosperity of their children. It also brings peace and harmony in their married life. On Durva Ashtami, devotees offer food and clothes to Brahmins.