Hanuman Jayanti falls on the Shukla Purnima of Chaitra month. Lord Hanuman is one of the most revered gods. He is an incarnation of Lord Shiva. Lord Hanuman is the greatest disciple of Lord Ram. He was born to Kesari and Anjani. Hanuman is known as an ideal karma yogi for his fearless, selfless service, humility, and devotion for Lord Ram. Hanuman Jayanti is an important festival for Hindus. He is the symbol of strength and energy. Hanuman can assume any form at will, wield rocks, move mountains. He is worshiped as a deity with magical powers and the ability to conquer evil spirits. 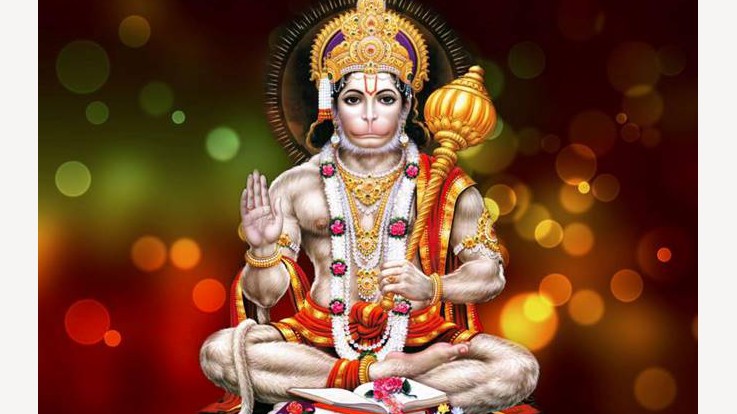 Devotees worship Lord Hanuman as a divine creature. This celebration has lots of importance to Brahmacharis, wrestlers, and bodybuilders. He is known by many names such as Bajrangabali, Pavanasuta, Mahavira, Balibima, Anjanisut, Sankat Mochan, Anjaneya, Maruti, Rudra and much more. Hanuman is the 11th Rudra avatar of Lord Shiva. He has devoted his life for Lord Rama and Sita. The devotees of the Lord Hanuman pray him for their bright future. 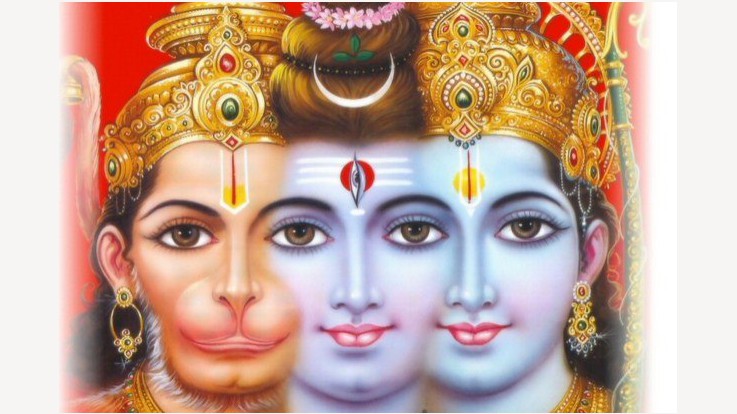 According to legends, he was born as a monkey god to serve Lord Ram.

Once, Lord Hanuman saw Goddess Sita applying Sindoor on her forehead. Hence, he asked her the reason. Goddess Sita explained to him that she applied the sindoor to ensure a long life for Lord Ram. Hanuman then smeared his entire body with Sindoor to ensure Ram's immortality. Hence, on this day, devotees visit temples and apply sindoor on their foreheads from the Hanumans body as this is considered to be good luck. 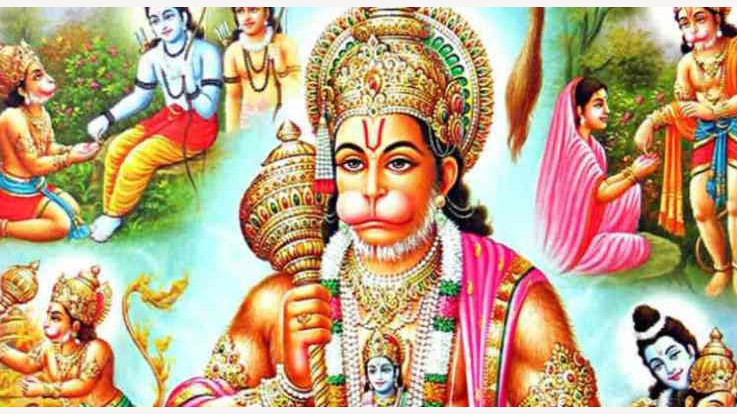 As per another legend, a great sage Angira went to visit the king Indra. He was welcomed with the dance performance that was presented by a damsel, Punjiksthala. However, Sage was not interested in the dance, and he started meditating. Later, he was asked by the Indra about the performance of dance. He replied I was in deep meditation to my Almighty because I have no interest in such dance. Damsel started disappointing the sage. Hence, she was cursed by the Angira, you shall degrade to earth from heaven. You will be born as a female monkey in the mountain forests”.

She then felt sorry and regretted. The merciful saint supported her through blessings, “A great devotee of Lord will be born to you. He will forever serve Lord”. Later, she was born as a daughter of Kunjar (king of the monkeys) and got married to Kapiraj Kesari of the Mount Sumeru. She gave birth to Hanuman. It is believed that Lord Shiva took rebirth as a human being on the earth as Hanuman because he could not serve to Lord Rama by being in his real form. The Vanaras were happy and celebrated his birthday with great enthusiasm. 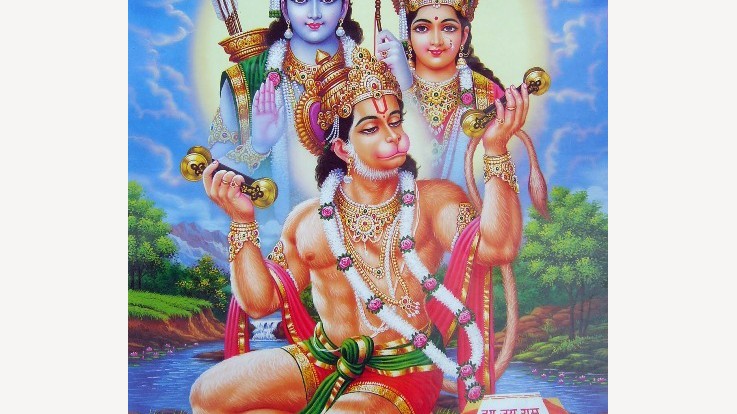 Sriram and Sita with Lord Hanuman

On Hanuman Jayanti, people observe fast, meditate and practice charity. They also read the Hanuman Chalisa. Hanuman Jayanti is very auspicious for wrestlers and bodybuilders. Bodybuilding and wrestling competitions are organized in the villages.

The devotees visit Hanuman temples on this day in the early morning, apply vermillion on Hanuman idol, recite Hanuman Chalisa, offer Prasad of laddoo, and perform Aarti by chanting mantras. After the puja, people apply red Sindur to their own foreheads and distribute laddoo Prasad among the people.