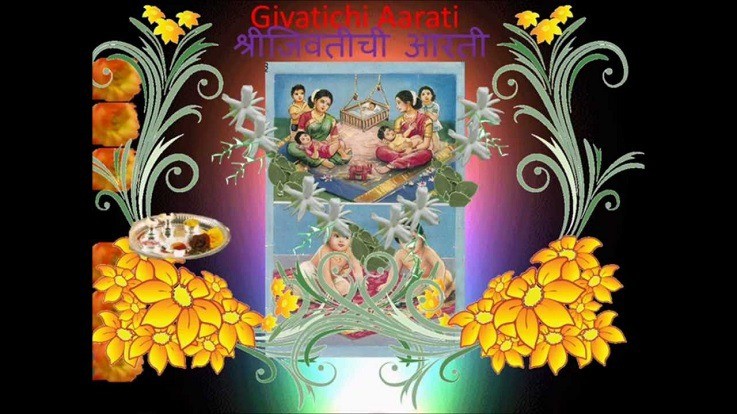 It is believed that an eagle and a female fox lived in a jungle near Narmada river were friends. One day, they saw several women performing the puja & fasting. They too wished to observe the Vrat. But the Fox was unable to curb her hunger. Hence, she ate the food. On the other hand, the eagle observed the fast with devotion. As a result, the kids born to the Fox died few days after birth. Meanwhile, Eagle's off-springs were blessed with long life.

According to another story, Jimutavahana was a kind king of Gandharva's. Jimutvanhan gave his kingdom to his brothers and went to the forest to serve his father. He would spend time taking care of his father. One day he saw an old woman mourning. Upon asking, she told him that she belonged to a family of snakes (Nagvanshaki) and had only one son. But due to an oath, every day one snake is offered to Garuda as a feed and tomorrow it is her son's chance to become his food. Jimutavahana consoled her and promised that he would protect her son from Garuda. He decides to lay down on the bed of rocks as a feed for Garuda. Later, Garuda came and attacked Jimutvahana with the nails. Garuda was surprised as Jimutavahana didn't respond. Garuda asked his identity. Jimutavahan described the entire scene. Garuda was pleased with the bravery and the benevolence of Jimutvahana. He promised Jimutavahana not to take any sacrifice from the snakes. Jimutvahana saved the race of the snakes. Since then, the fast for the children's welfare and long life is observed.

Jivitputrika Vrat shows love and affection of mothers towards their children. The mother keeps a strict fast, without a drop of water for the prosperity of her children. 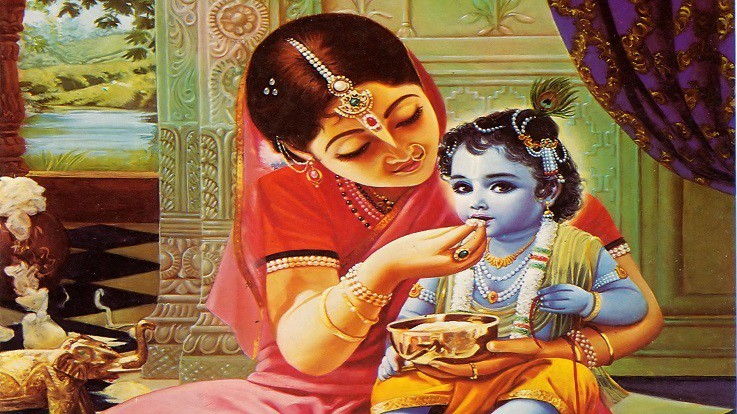 Jivitptrika Vrat is observed for three-day, from the seventh to the ninth lunar day of Krishna Paksha in Ashwin month. The first day is known as Nahai-Khai. Mothers consume food only after having a bath. On this day, homage is also paid to all the departed mothers in the family. The second day is called Khur-Jitiya or Jivitputrika day. A strict fast is observed without water which is also known as dry hay. Jitiya is a Red and a Yellow thread which is worn by the fasting mothers. The thread is taken off when it becomes worn off. The fats end on the third day with Parana. A variety of food and a special delicacy called Jhor Bhaat or Curry- Rice, Noni saag and Madua Roti are prepared. In western Bihar, eastern Uttar Pradesh and Nepal, Parana is done with Noni ka saag, Maruwa roti and a vegetable stew of zucchini. It is a difficult Vrata as the ritual has to be performed without consuming a drop of water.