Vedic Sage Narada was the messenger of God. His birth anniversary as Narada Jayanti. It is observed in Krishna Paksha of the Vaisakh month. Sage Narada would travel through different lokas including Akash, Paatal, and Prithvi, communicating information and singing with his ‘veena.’ He was a big devotee of Lord Vishnu and would always sing devotional songs. He is considered intellectual as well as mischievous. Narada Jayanti is also known as Patrakar diwas as he is considered to be the precursor of journalists. 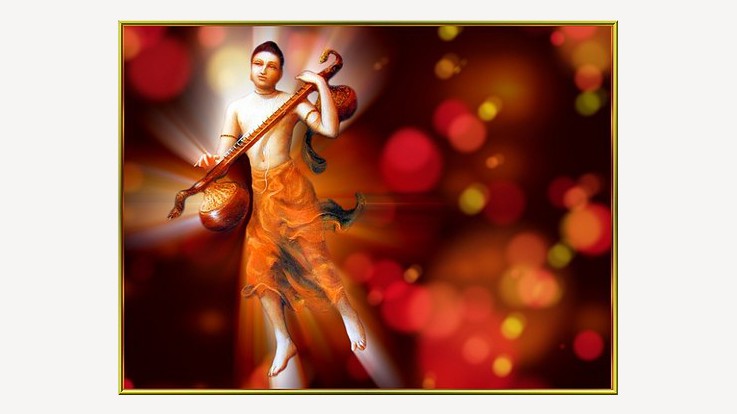 Narad is the Manas Putra of Lord Brahma. As per Vishnu-Puran, he was the son of Sage Kashyapa. He is said to have incarnated in the Kali Yuga as poet saints Thyagaraja and Purandaradasa. Narada is featured in all the epics and Puranas leading souls to salvation. With a stringed instrument in one hand, he has appeared in all the three Yugas. Narada implies ‘Nara’ meaning mankind and ‘Da’ meaning given. On a lighter note, he is also said to be the ‘Initiator of quarrels’ between the Gods and demons though his action has deep spiritual significance with evil being punished. 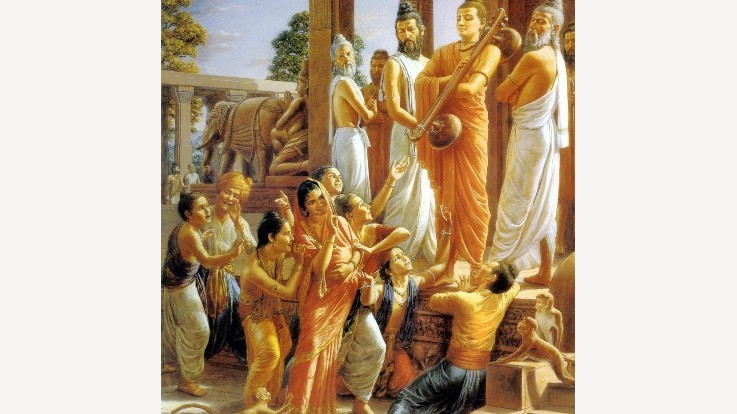 It is said that Narada influenced Daksha’s sons to practice renunciation and avoid marriage. Angry Daksha cursed him to wander aimlessly as a vagabond. According to legends, Sage Vedavyasa divided the Vedas as Rig, Yajur, Sama and Atharvana. He also wrote the Puranas and the epic Mahabharata. But he was clueless whether his works were sufficient to benefit humanity. Narada approached him and divided his predicament. Narada explained that none of the writings described the glories of the Lord and in Kaliyuga, the path of devotion was the easiest and fastest way to liberation. He inspired Vyasa to compose the Bhagavad Purana. Another legend narrates that once Valmiki asked Narada about a human who is perfect in thought, word and deed, free of sin and the embodiment of all virtues. Narada told him about Lord Ram and his glories. Valmiki was overjoyed, and he composed the Ramayana. Sage Narada was an authority in astronomy, music and other arts. He has authored ‘Naradasmriti’ and ‘Naradashiksha’ which lays down the principles of phonetics and grammar. He is the author of the Narada Purana which contains beautiful stories. His famous work ‘Narada Bhakti Sutras’ contains eighty-four aphorisms on devotion and its aspects. He was an adviser and messenger to the Gods. He taught Yudhishthira the virtues of humility and the ideal way to lead a Dharmic life. He set up the background for the birth of the Dattatreya. He was a master of the Sankhya and Yoga systems of philosophy. He is also referred to as ‘Saktyavesa Avatara’ of the Lord who is empowered to perform miracles on behalf of the Lord. 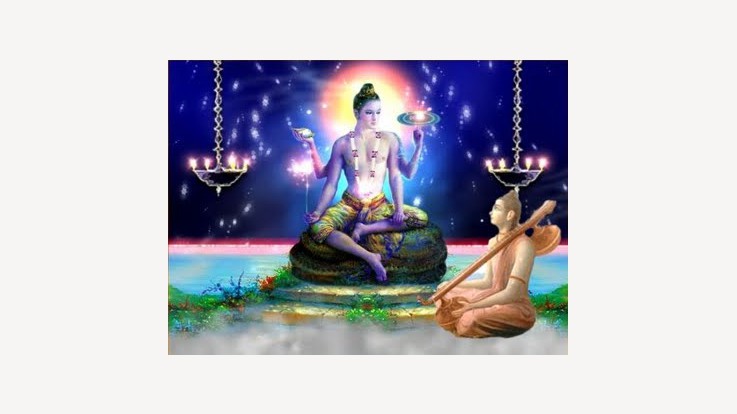 The temples of Sage Narada are located in Chigateri and Korva in Karnataka. Narada Jayant is celebrated in the Hindu month of Visakha as the birth anniversary of Sage Narada. The devotees observe fasts on this day. Rituals and special prayers are conducted with recitation from the holy texts. Devotees visit temples to offer prayers. A feast is organised in temples. Feeding of Brahmans is conducted. Devotees should take a bath in holy water. An Idol or picture of Lord Vishnu is worshipped on this day, as Sage Narada was a great devotee of Lord Vishnu. The puja should be done with pure heart and mind. Offer Tulsi, flowers, incense stick, and lamp followed by aarti of Lord Vishnu.