Narmada Jayanti is observed on Shukla Paksha Saptami in Magha month according to Hindu lunar calendar. Devotees worship river Narmada to bring peace and prosperity in their life. The day celebrates the birthday or the appearance of Narmada River on Earth. Narmada River starts its journey from Amarkandak, Madhya Pradesh and ends in the Arabian Sea. As per Hindu religion, one gets redemption of sins by just looking at Narmada River.

The significance of Narmada Jayanti:

Worshiping river Narmada holds immense significance among the followers of Hinduism as it brings peace and prosperity. It helps devotees to attain purity and spirituality. Circumambulation of this Holy river is believed to wash away all the sins. According to Skanda Purana, Narmada River has always been stable during floods or any other devastation. As per Maharshi Markand, the banks of Narmada has 60 lakhs pilgrimages. It is the only river in the world, whose Parikrama is done. Maharshi Markand, Agatsya, Kapi and many more rishi-muni have meditated on the banks of this river. Out of the 12 Jyotirlingas, one of them Omkareshwar is on the banks of this river.

According to a legend, when the Devas were fighting the demons, they needed to wash away the sins incurred by them while killing the demons. Hence, Lord Shiva created River Narmada to wash away the sins of the Gods. This incident occurred on the day of Shukla Paksha Saptami of Magha month. According to traditional beliefs, one gets rid of all his sins by merely looking at River Narmada. 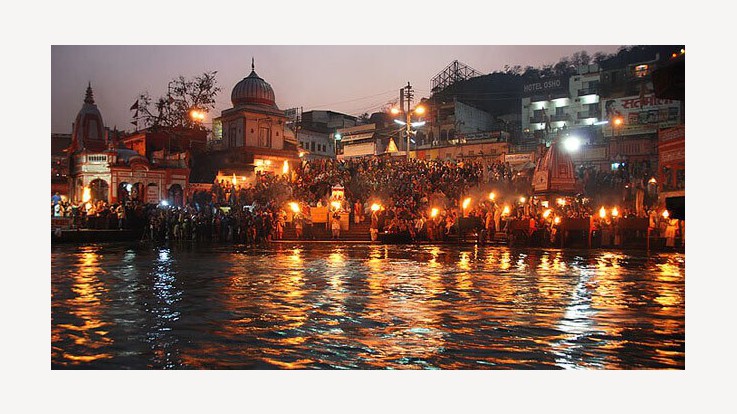 Narmada Jayanti has great significance, for the people of Gujarat, Madhya Pradesh, Rajasthan, and Maharashtra. The most important celebration is held in the cities of Amarkantak and Hosangabad. Devotees float traditional diyas on the day of Narmada Jayanti, and also a Narmada Parikrama is also carried out. Maha-Arti of Narmada River during Narmada Jayanti. The devotees believe that after a dip in the river Narmada, their sins will be washed away by the holy water and they gain prosperity as the Mother River forgives them for their misdeeds.