Ram Navami is the birthday celebration of Lord Ram. According to the Hindu calendar, Ram Navami falls on the ninth day of the Chaitra month which is also the last day of Chaitra Navratri. Hence, Ram Navami holds a special importance. Ram Navami is celebrated with great joy and enthusiasm throughout the India. The festival is a grand celebration in the Northern India, especially in Ayodhya, the birth place of Lord Ram. 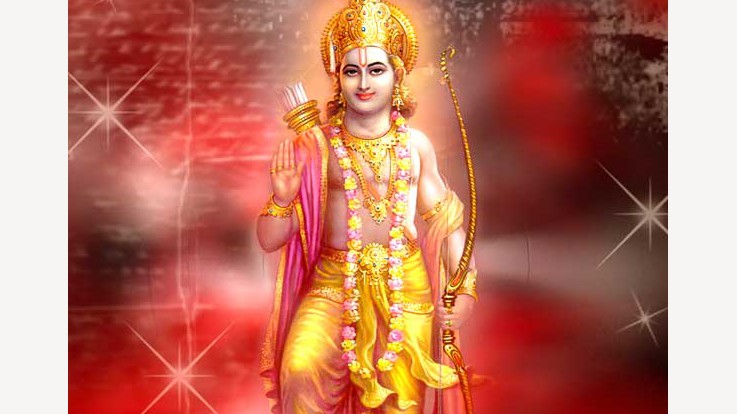 Ram Navami signifies the arrival of divine power on the earth. It was the day when Lord Vishnu was born as the elder son of Dasharath, the King of Ayodhya. On this day, the devotees of Lord Rama perform elaborate rituals. The purpose of the birth of Rama was to destroy the evil spirit of Ravana. Hence, the celebration of Ram Navami glorifies the power of religion, and it reflects the conflict between good and evil. A celebration of Ram Navami festival indicates the removal of negativity and rise of divine power on the earth. To remove the Asura from the earth and to maintain the Dharma, Lord Vishnu was born as Lord Rama. 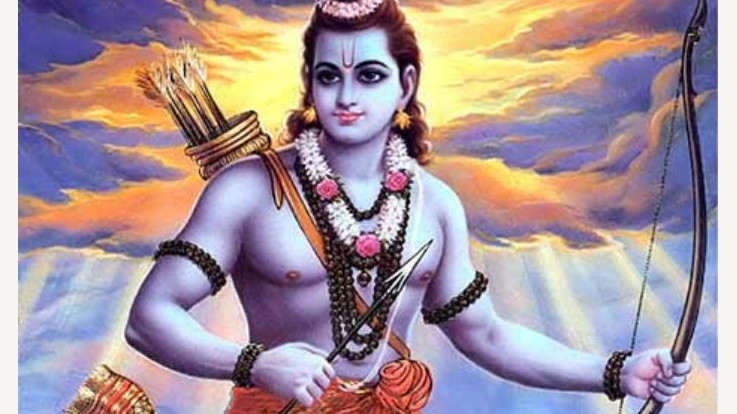 Ramayana is the religious Epic of the Hindu religion. Once, there was an emperor in the Treta Yuga called King Dasharath who had three wives, Kausalya, Sumitra, and Kaikeyi. He had no children and was worried for a future emperor of the Ayodhya. One day he was suggested by the great sage Vasistha to perform the Puthra Kamesti Yagna to fulfill his desire for a child. He was suggested to invite Maharshi Rishyasringa to perform yajna. After performing the yajna, he was given a bowl of the divine Kheer by the Yagneshwara. He offered the Kheer to his all three wives. Later, all his wives conceived. On the Ninth day of Chaitra month at noon Kausalya gave birth to Ram who was the 7th incarnation of the Lord Vishnu. He took birth on the Earth to eradicate Adharma and maintain the Dharma. Lord Rama had protected his devotees from the attack of demons. He had vanquished Adharma from the earth and maintained the Dharma by destroying all the Asura including Ravana. People of the Ayodhya were extremely happy with his new King Ram. They would celebrate his birthday every year with great joy and enthusiasm as Ram Navami. 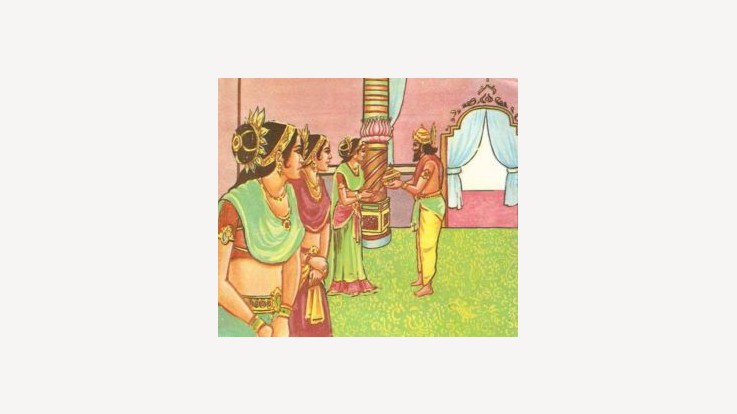 Raja Dashrath with his wives

The day of Ram Navami begins with the offering prayer to the Sun. The Sun symbolizes power. Sun is believed to be Lord Rama's ancestor. Hence, praying to the Sun at the beginning of that day to seek the blessing of supreme power is auspicious. Devotees of Rama celebrate the day by singing the devotional song, listening recitations from religious books and chanting of Vedic hymns. Preachers also preach sermons from religious texts. All of these practices make people aware about the difference between right and wrong. Followers of Lord Rama keep a fast for the whole day. It helps to purify body system. At the end of the day, devotees break the fast after having fruits and sweets. Chariot procession is an indispensable part of Ram Navami festival. The devotees place the images of Lord Ram, Sita, Lakshman, and Hanuman in a decorated chariot and carry out a procession on the streets. Taking a holy bath in the sacred river of Saryu in Ayodhya is a part of rituals of this ceremony. The Hindus believe that this holy bath purifies the body and soul. In Southern parts of India, this event is celebrated as the wedding anniversary of Lord Ram and Sita.

Sriram along with this family