Sita Navami is known as ‘Sita Jayanti’ or ‘Janaki Navami.’ It is an important Hindu observance dedicated to Goddess Sita, who was married to Lord Ram. Sita Navami celebrates the birthday of Goddess Sita. It falls on the ‘Shukla Paksha’ ‘Navami’ of the ‘Vaishaka’ month. It is believed that Sita was born in Pushya Nakshatra. According to the legends, Lord Rama was also born on the Navami tithi in the ‘Chaitra’ month. The celebrations of Rama Navami take place exactly a month before that of Sita Navami. Married Hindu women worship Goddess Sita and ask her blessings for long life and success of their husbands. Sita Navami is celebrated with immense fervour and gaiety. 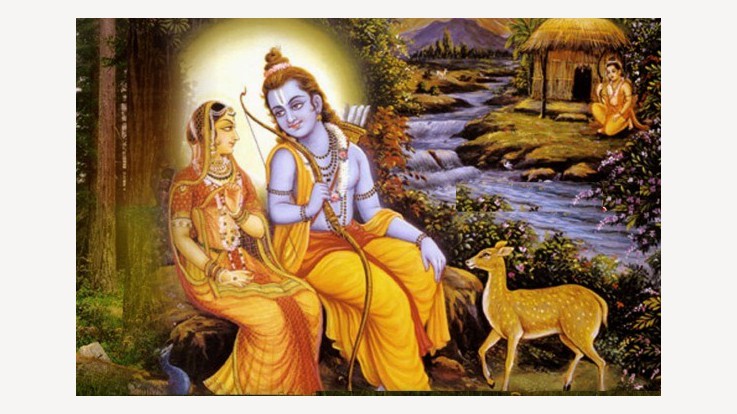 Sita Navami has a great religious significance for Hindu devotees. Goddess Sita is considered as an incarnation of Goddess Lakshmi. Devi Sita was an adopted daughter of King Janak and was also known as ‘Janaki.’ Lord Ram married Goddess Sita in a ‘Swayamvar,’ organised by King Janak in Mithila. Goddess Sita was always recognised for patience and dedication towards her husband. By observing Sita Navami, one will be blessed with a joyful and contented married life. 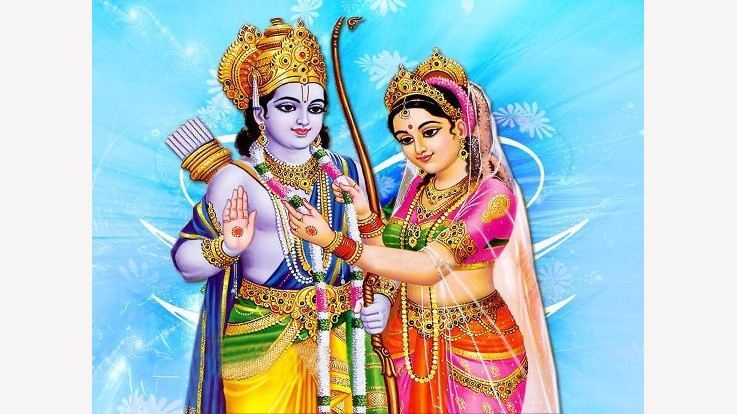 Goddess Janaki was born on Tuesday in Pushya Nakshatra. A legend is famous regarding the birth of Goddess Sita. Once, Ravan the king of Lanka saw a female sage Vedati. His mind was fascinated by her. He asked her the reason behind not getting married. Vedati said that her father wants to marry her to Lord Vishnu. But a demon got charmed by her and killed her dad. In that sorrow, her mother also died. Hence, she has been meditating to get married to Lord Vishnu. Ravan tried wooing her. On Vedati’s refusal, he forcibly caught her hair. She immediately jumped in a fire and died. Before that, he cursed Ravan saying “In my next birth, I will take the revenge of the insult. And I will become the reason of your destruction.”

In the next life, she was born as Lotus In the sea. The Lotus reached the Yagaya Mandap of King Janak’s land. He got this girl from a land called Jyoti. This girl was named Janaki and called Sita after marriage. 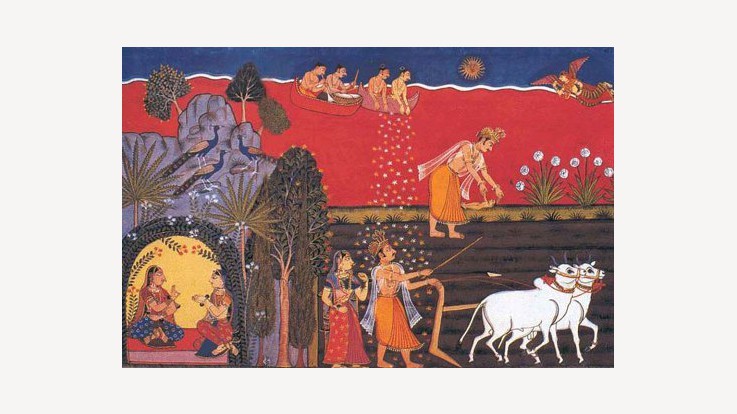 On Sita Navami, especially married women worship Devi Sita along with Lord Ram and Lakshmana. A puja mandap is set and decorated with colorful flowers. The idols of Lord Ram, Devi Sita along with Lakshmana, King Janaka and Mata Sunayana are placed in the mandap. Goddess Sita emerged from a ploughed land. Hence, Mother Earth is also worshipped on this day. Devotees perform the puja by making various offerings in the form of Sesame seeds, rice, barley, and fruits. Special ‘Bhog’ is prepared and distributed as Prasad after Aarti. Women observe a strict fasting on this day. Performing Sita Navami Vrat brings virtues like modesty, motherhood, sacrifice and dedication. Married women keep the fast for the long life of their husbands. On this day, special rituals and prayers are held in Janaki temples across the country. Rituals like Shringar Darshan, Maha Abhishekam and Aarti are performed in temples. Recitals of Ramayana, followed by bhajan are also held. Few temples take out processions with the idols of the deity on a chariot, chanting ‘Jai Siya Ram’ and singing devotional songs.