Skanda Sashti, also known as Kanda Sashti falls on the sixth day of the bright half, in the Tamil month of Aippasi. Skanda Sashti is a major festival in Tamil Nadu, Kerala, and other parts of South India. The festival is celebrated in Saivite temples and is dedicated to Lord Subramanya. Skanda Sashti commemorates the destruction of evil by Lord Kartikeya, son of Shiva, and is celebrated with the dramatic enactment of Soora Samhaaram. The Grand celebrations are held at Tirupparankunram, Tiruchendur, the 'Padai Veedu' temples of Murugan. 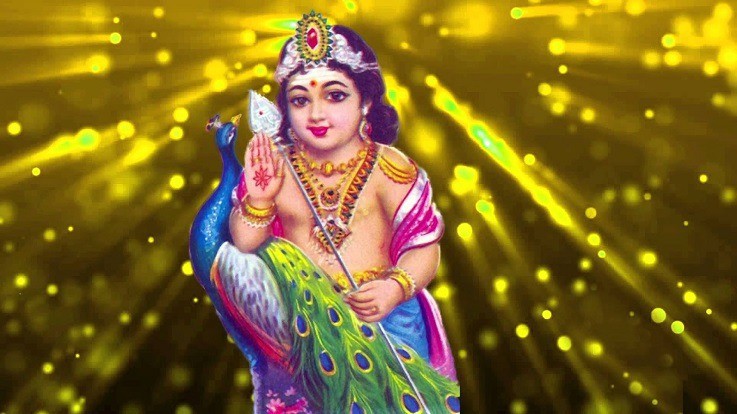 Sashti was the day when Lord Skanda defeated the demon Soorapadman. Unable to tolerate the evil doings of Soorapadam, deities approached Lord Shiva and Parvati for their assistance. Lord Skanda fought Soorapadman for six days before he vanquished the demon. He threw the weapon at Soorapadam and split him into two halves. The first half became a peacock, which he took as his mount. The other became a rooster and was transformed into his banner. The devas rejoiced and praised the Lord. Devotees narrate the Skanda Sashti Kavacham during this period. Whoever fasts and prays to Lord Muruga for the six days of Skanda Sashti is believed to receive Muruga's blessings. 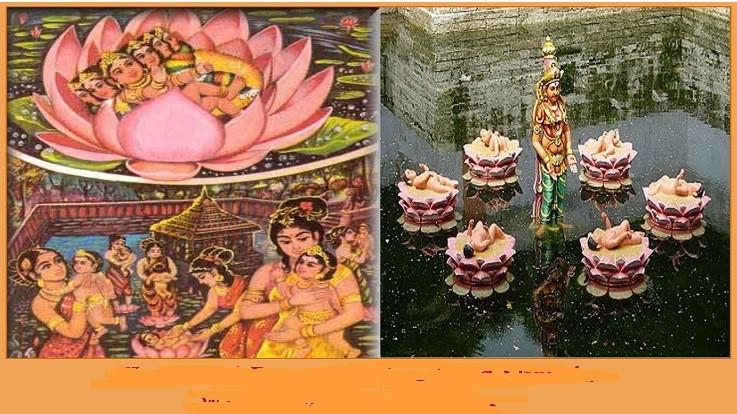 Skanda Shashti Vrata is the story of the birth of Skanda. Tormented by demon Tarakasura, the devas went to the Brahma. He suggested seeking the help of Parvati and Kama (the god of love). Parvathi agreed to help and engaged herself in severe penance to attract Lord Shiva's attention who was in deep meditation. Kamadev shot his arrows of love at Shiva who was eventually disturbed and the fire of anger from his third eye burnt Kamadeva into ashes.

The penance of Parvathi and the sacrifice of Kama paid off. Lord Shiva was aroused from his Samadhi. However, none could bear the sparks of fiery seed which fell into the mouth of Agni and afterwards received by the Ganges, who in turn threw it into Sara forest. Skanda - Shiva's power of chastity was preserved through penance. Skanda was raised by Krithikai. Karthikeya divided himself into six babies to

nursed by six mothers. Later, he became Shanmukha - the one with the six faces and one body.

Shanmukha became Kumara - the powerful adolescent. He was made the Deva Senapathi of the God's army. " Skanda received a powerful Vel (lance) from his mother. He fought the armies of Simhamukha, Surapadman, and Tarakasura and vanquished them on the Sashti day. The sixth day (Sashti) of the Shukla Paksha in the month of Ashada is celebrated as Skandha Sashti.

Devotees undertake fasts, prayers, and worship to Lord Muruga. Many devotees stay in the temples during the six days. At Tiruchendur and Tiruparankundram, events leading to the conquest of the Asuras are enacted. The offering of Kavadi on Skanda Sashti is a form of worship. There is no particular ritual to observe Skanda Shashti, but there are basic guidelines of fasting. Devotees abstain from all kind of foods. Several devotees keep fast by consuming fruits and unsalted foods. They chant Skanda Sashti Kavacham, a six-part prayer for protection and blessings from Lord Murugan and ‘Om Sharavana Bhava’ mantra to please the Almighty.