River Yamuna is the largest tributary of River Ganga. The Yamuna originates from the Yamunotri Glaciers located on the south-western slopes of the Himalayas, in the state of Uttarakhand. River Yamuna covers a distance of nearly 1,400 km before merging with Ganga River at the Triveni Sangam, Allahabad. This place is the venue for ‘Kumbha Mela’ which is held every twelve years. The festival of Yamuna Chhath is observed in North Indian states, especially in Uttar Pradesh. Devotees worship Goddess Yamuna on this day and ask for happiness and prosperity. 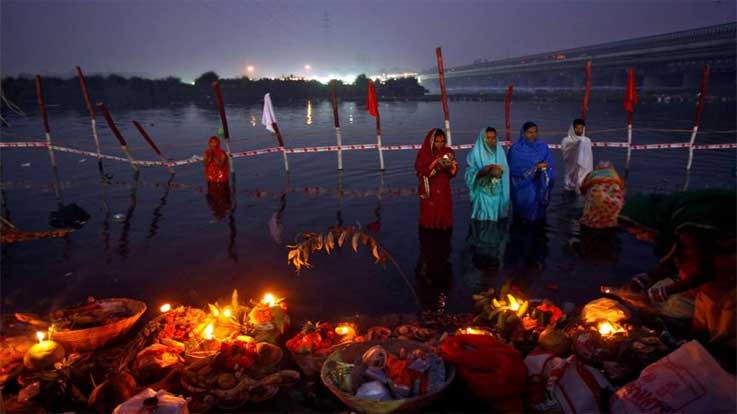 In the Hindu scriptures, Goddess Yamuna is the consort of Lord Krishna. Hence, she is highly revered in Braj. Hence, Yamuna Chhath is celebrated with immense fervor and enthusiasm in Vrindavan and Mathura. River Yamuna is considered to be a sacred river along with Ganga, Godavari, Brahmaputra and Saraswati. As per the legend in the Hindu Puranas, it is believed that River Yamuna descended on the Earth on the Sixth day of the Chaitra month. Since then this day is celebrated as the birth anniversary of Yamuna. Goddess Yamuna is the consort of Lord Krishna and daughter of Surya Dev (Sun). Hence, Goddess Yamuna is highly revered by the people of Braj and Mathura and is celebrated with immense enthusiasm by the people of Vrindavan and Mathura. 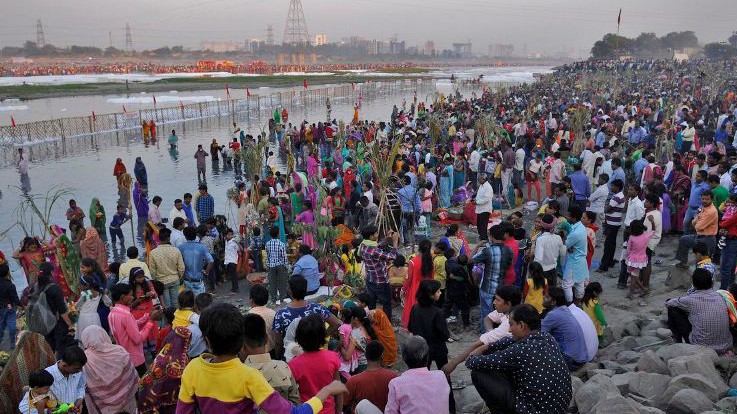 Kumbh Mela at the Yamuna

On the auspicious day of Yamuna Chhath, devotees get up before dawn and take a spiritual bath in the Yamuna River. It is believed that taking a dip in the Yamuna River can purify the soul and one can also attain eternal joy and love. Special puja is offered to Goddess Yamuna on auspicious ‘muhurat’ according to the Vedic Panchange. As Goddess Yamuna is known to be the companion of Lord Krishna, the devotees also worship Lord Krishna. Special food offerings known as ‘naivedyam’ are prepared for the Goddess Yamuna. After the puja, food is donated to the Brahmins, and the Prasad is distributed among friends and relatives. Devotees observe a strict fast on Yamuna Chhath. Devotees refrain from drinking or eating anything for the period of 24-hours. The fast is broken on the next day after the morning puja rituals.