Matsya Jayanti celebrates the birth anniversary of Matsya, who was the first incarnation of Lord Vishnu during the Satya Yuga. According to the Hindu legends, ‘Matsya Avatar’ is a one-horned fish that appeared during the ‘Mahapralay.’ Matsya Jayanti is observed on the third day of ‘Shukla Paksha’ in the month of ‘Chaitra.’ This celebration falls between the ‘Chaitra Navratri’ and ‘Gangaur. On this day, special rituals and pujas are performed in Lord Vishnu Temples. The ‘Nagalapuram Veda Narayana Swamy Temple’ in the state of Andhra Pradesh is the only temple in India which is dedicated to Matsya Avatar of Lord Vishnu. The celebrations here are grand and special programs are organised on this day. Matsya Avatar is worshipped as a four-armed idol with the upper torso of a human and the lower of a fish.

According to the Hindu legends, Matsya Avatar was the first of the ten incarnations of Lord Vishnu. He warned King Manu about the cosmic deluge and saved the universe from the demon ‘Damanaka.’ There is no mention about the rituals, traditions, and customs to be followed on Matsya Jayanti. On this day, devotees worship Matsya form of Vishnu with immense devotion and dedication. Lord Vishnu appeared as Matsya to protect the pious, punish the miscreants and to save righteousness. As mentioned in Srimad Bhagavatam, all the sins of the person who reads or listens to the Matsya Purana will be destroyed. 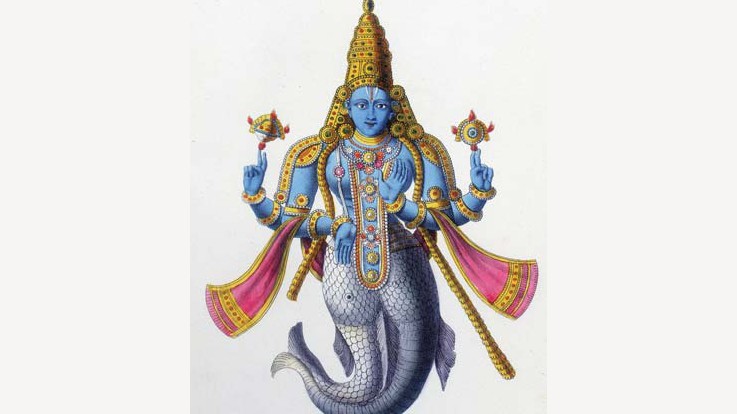 King Satyavrata, also known as Manu was once offering oblations of water on the banks of river Kritamala to Lord Vishnu. He found a tiny fish in his palms. The fish requested the king for protection. King Satyavrata kept the fish in a water jar. Soon the fish outgrew the jar and was transferred to a well by the king. The fish grew bigger. The King then put the fish in a lake, but the fish grew to a great size. Hence, the King transferred the fish to a sea. But fish grew to a gigantic size making the sea unsuitable for its stay. By now, the king understood that it was not an ordinary fish rather it was Lord Vishnu. King Satyavrata requested Lord Vishnu to enlighten him about his incarnation. Lord Vishnu told him that there would be a great deluge within seven days and he asked the king to gather the saintly people, herbs, and other living entities. King Satyavrata was instructed by Lord Vishnu that a large boat would come to their rescue and it should be tied to the horn of the fish with the help of the serpent Vasuki. The day of deluge arrived. The entire universe was inundated with torrents of rain. A huge boat came to the rescue of the king and the others. Lord Vishnu appeared as a huge one-horned goldfish. King Satyavrata anchored the boat to the horn of the fish with Vasuki. Lord Vishnu as a fish swam across the ocean for the entire night which was equal to 4.32 billion years. During the entire journey, Lord Vishnu enlightened king Manu and the other on science, Puranas, Vedic literature, devotion, and self-realization. 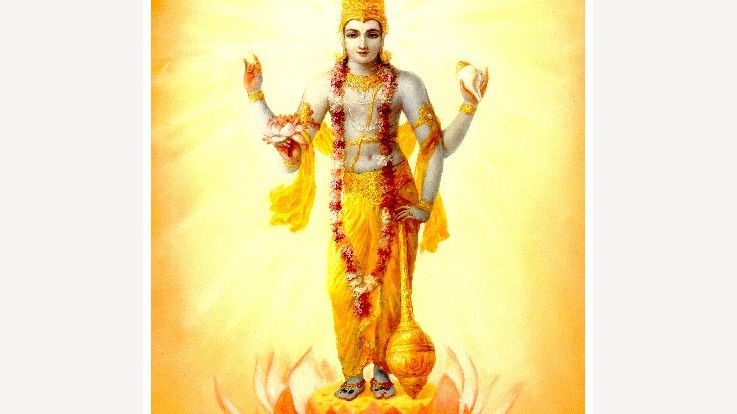 On this day, devotees keep fast to please Lord Vishnu. The vrat on Matsya Jayanti commences from the previous night, and the observer avoids eating or drinking water. The fast continues till the sunrise of the following day. Devotees break their fast only after worshipping Lord Vishnu. Devotees stay awake on the night of Matsya Jayanti and chant Vedic mantras. Reciting the ‘Matsya Purana’ and ‘Vishnu Sahasranaam’ is very auspicious. Offering donations of food, clothes or money to Brahmins, poor and needy is beneficial.