Ahoi Ashtami falls on the eighth day of Krishna Paksha of Kartik month. It is widely observed in the northern states of India. Women keep fast and pray for the welfare and long life of their children. They draw a cub and pray before it. Prayers are offered to the goddess Ahoi Bhagawati. 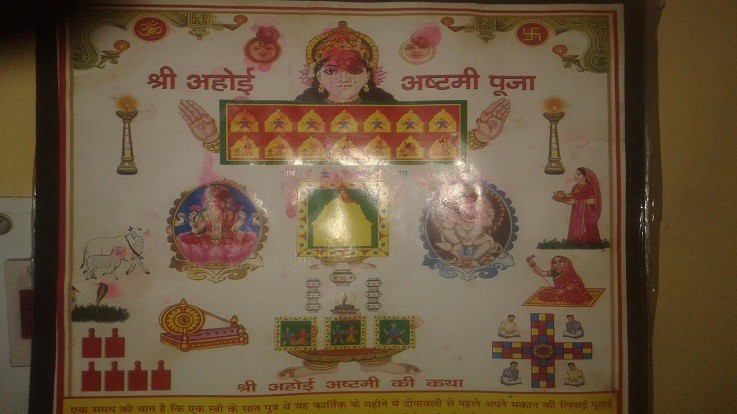 According to an epic story, there was a king Chandrabhan. He was having many children but they use to die in their early ages. King and his wife were worried and wanted to save them. They left everything and went to a forest. They saw a pond near Badrika Ashram. They both decided to sacrifice their life so they started living near the pond and left food. Then after seven days, a prophecy told them that they were suffering due to their sins committed in their past life. He suggested that they must observe Ahoi Ashtami fast so that their children would have a long life. King Chandrabhan and his wife observed Ahoi Ashtami Fast. Pleased with their devotion, Goddess Ahoi blessed them.

As per another story about the observance of the Ahoi Ashtami festival, a woman in a village had seven sons. In the month of Kartik, while digging the soil in a forest, her Axe fell into a den and killed a cub. Later, the seven sons of the woman died in the same year. The woman narrated the incident happened in the forest to an old lady. She consoled and advised her to pray to Ahoi Ashtami Bhagawati by drawing the face of a cub and offering prayers. She observed the Ahoi Vrat. By the grace of Goddess Ahoi, she got back her sons. 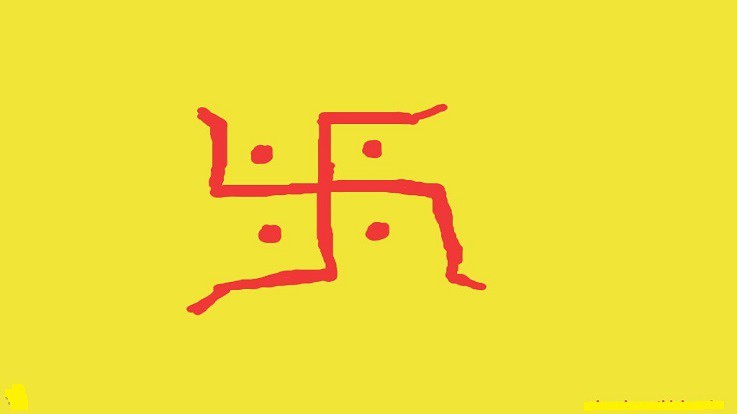 According to a belief, the day marks the beginning of Diwali. Women who suffer miscarriage or have problems in conceiving must perform Ahoi Ashtami Puja to get blessed with a healthy baby. Ahoi Ashtami is also known as ‘Krishnashtami.’ This day is therefore significant for childless couples. Childless couples take a holy dip in the ‘Radha Kunda’ at Mathura. The Childless couple should keep Ahoi Ashtami Fast.

Women wake up early in the morning. The fasting begins after a prayer in the temple. Women break their fast as soon as the first stars appear in the sky. A picture of Ahoi Ma is painted on the wall along with a picture of a cub. A bowl of water is kept before it. A red thread is tied around the bowl. The decorated bowl is kept to the left of the picture of Ahoi Mata. A plate with grains is placed in front of the picture. Women offer Halwa, Puri, Sugarcane, Singhara, Chana, Sorghum, and other food stuff. The story of the Ahoi Mata is recited. The food and money kept before the picture are distributed among the children. Goddess Ahoi is worshipped in the evening. A woman should touch her mother in law’s feet and offer water to the stars. Fruits and sweets are offered to Goddess Ahoi in the evening. Goddess Ahoi should be worshipped when stars are visible in the sky. Water is offered to stars. A woman should end fast by drinking water offered by her child.