Bhishma Ashtami is observed by Hindus as part of their respect to the legendary Bhishma. It is believed that Bhishma departed from this earth on this chosen day. As per the Mahabharata, Bhishma is the youngest son of King Shantanu and Ganga Devi. According to the Hindu mythology, Ganga agreed to marry Shantanu on the condition that he will never question her for whatever she does. However, their seven children were drowned in River Ganga as per a curse about which King Shantanu was unaware. Out of agony, he asked Ganga why she is drowning kids. As Shantanu protested, Ganga left him. Ardent devotees take Bhishma Ashtami Snan, which falls on the eighth day of the Shukla Paksha of Magh month as per the Lunar Calendar. People observe Bhishma Ashtami Fast on this day as part of paying their tribute to King Bhishma. He had chosen this day for his death during the Mahabharata war. 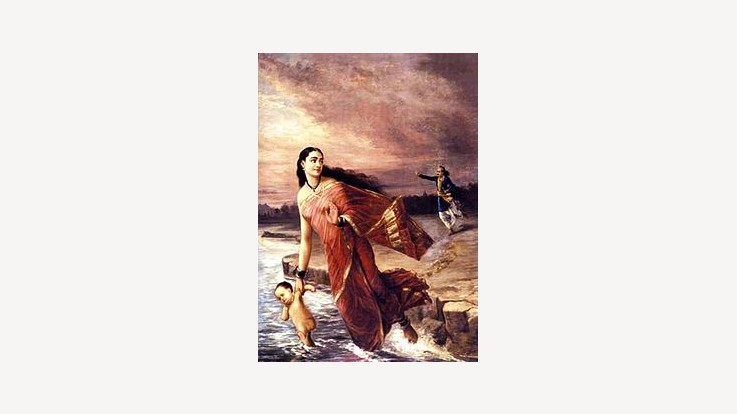 People who would like to get rid of the Putra-dosh find this day as the most significant. Childless couples observe fast on this auspicious day. Performing a Tarpan on this day consummates the fast kept by people. It is believed that by seeking the blessings of Bhishma on the day, it is possible to have a child. 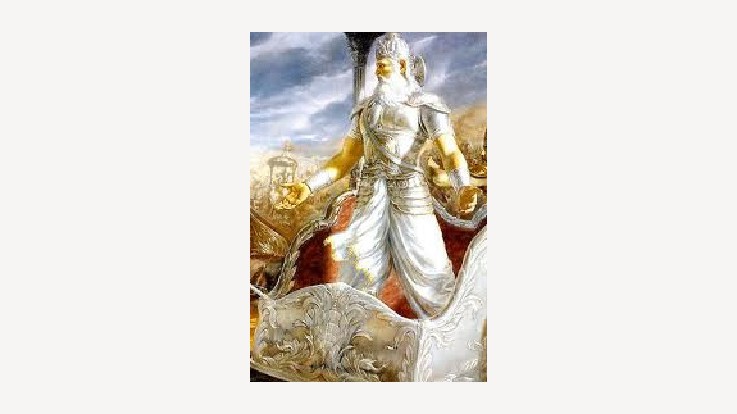 Bhishma's birth name was Devavrata. As he grew up, Ganga took him to Demon Guru Shukracharya to teach him all the skills. He was taught the art of fighting. King Shantanu decided to marry Satyavati. She agreed to be his queen only on the condition that her son would be made a king and not Bhishma.

During the war phase in Mahabharata, he took the side of Kauravas and decided to fight against Pandavas. Lord Krishna put Shikandi against him as King Bhishma had pledged that he would never fight against a eunuch. Eventually, Bhishma was confined to the deathbed for 18 days. The day he died is observed as Bhishma Ashtami. People consider this day prominent for practising celibacy. Bhishma was known for his celibacy which he observed all through his life. Owing to this devotion and loyalty to his father, Bhishma was bestowed with the power to choose his time of death. When he got injured during the war of Mahabharata, he waited for the auspicious day of Magha Shukla Ashtami for his death. Bhishma Ashtami is considered favourable to perform any auspicious activity all day long. 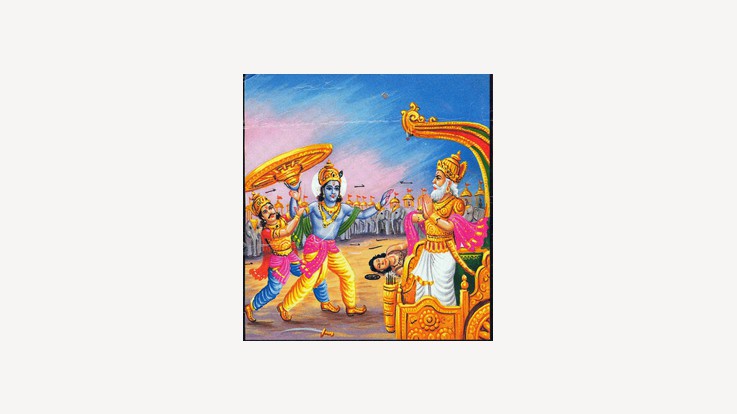 Bhishma with Lord Krishna and Shikandi

Bhishma Ashtami is observed in different parts of the county. In the state of Bengal, special puja and rituals are held. This day is celebrated with dedication and fervour in ISKCON Temples and Lord Vishnu temples. On the day of Bhishma Ashtami, people observe ‘Ekodishta Shraddh.’ Devotees perform ‘tarpan’ on the river banks. This ritual is dedicated to their ancestors and Bhishma. This tarpan ritual is meant for the peace of Bhishma’s soul. 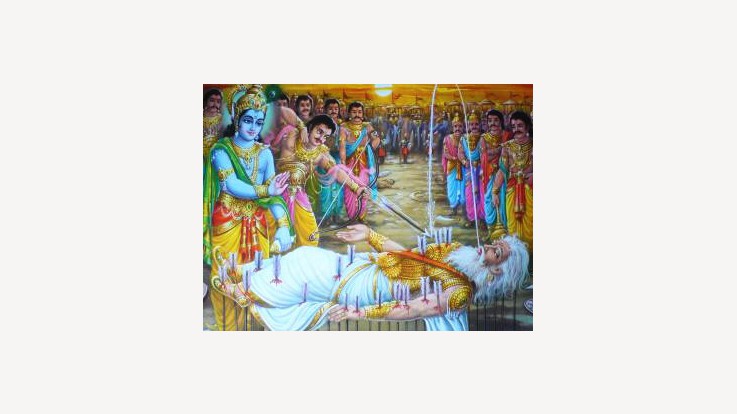 Bhishma on his Deathbed

Bhishma Ashtami Snaan is another important ritual. Devotees offer boiled rice and sesame seeds in the river while taking a bath. These rituals remove sins from one’s life, and the person gets rid of the cycle of birth and death. After taking a bath, devotees observe a strict fast. This fast is undertaken to pay tribute to King Bhishma. In the evening, the devotee performs an ‘Arghyam.’ During the Arghyam, the devotees chant the ‘Bhishma Ashtami Mantra.’