Durgashtami is a very auspicious day and is celebrated every month in dedication to Goddess Durga who is a very powerful goddess in Hinduism. She was created by Lord Brahma, Vishnu, and Shiva. Masik Durgashtami is celebrated on the Shukla Paksha, Ashtami Tithi of every month. The primary purpose behind the creation of Durga was to destroy the demon who was spreading evil on earth. 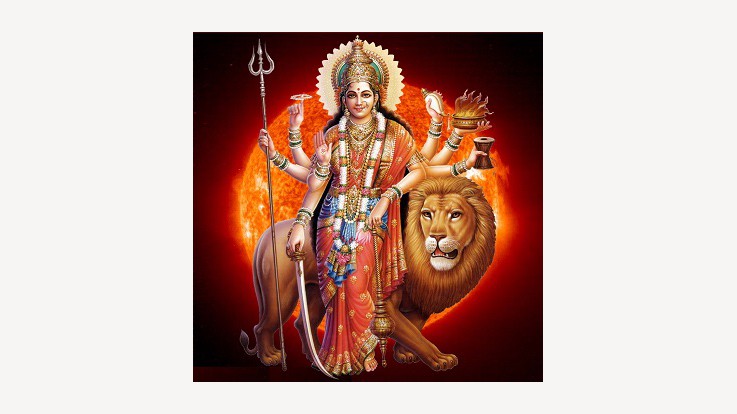 Durga is the epitome of energy and wrath. Masik Durgashtami Vrat is observed every month on the eighth day of Shukla Paksha. It is a day-long fast starting from morning until evening. The day is marked with a customary puja to Mother Durga.

Masik Durgashtami vrat helps to get rid of all bad karmas of the past lives.

It improves love and relationship, self-confidence and courage. The vrat protects from disease and bring health and prosperity. The purpose of observing Masik Durgashtami vrat is to clear all the difficulties in life by the blessings of Durga. The devotees fast on this day to get divine protection, prosperity, success, happiness and peace in their lives. Those who observe the Masik Durgashtami with diligence as per the procedures have reaped great results as assured in the scriptures that have made this fast a highly popular one. 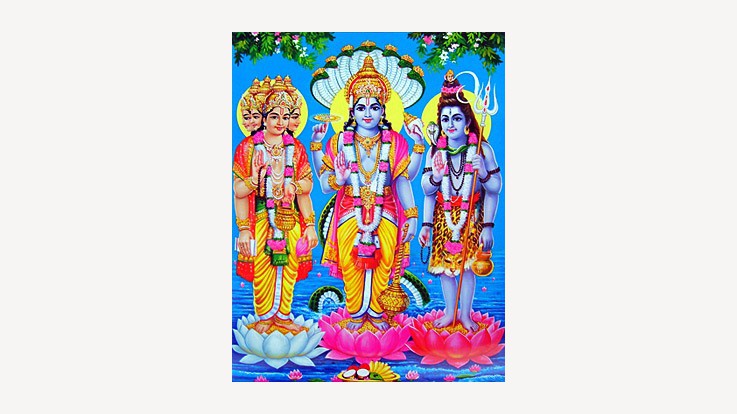 As per mythology, Durga was a creation of the joint divine spells of Brahma, Vishnu, and Shiva. Goddess Durga was created to enforce peace. She incarnated as the most powerful and beautiful Goddess with ten weapons in her ten arms and the Lion as her Vahana. The devas had been once terrified by the oppression of a demon named Mahisasura, who had obtained the boon from Brahma that only a female can kill him and that seemed impossible to the devil. Legend has it that when the demon defeated Lord Indra, the Tridev decided to create Durga. It is this divine feminine who killed the demon Mahisasura with her trident on the day of Durga Ashtami.

Many other stories are prevalent in the community about the origin of the festivity. Among those, there is a very famous story of how Lord Ram worshipped Shakti before the battle with Ravana to rescue Sita, and how the Goddess was invoked and bestowed him with an ability to kill the evil king. 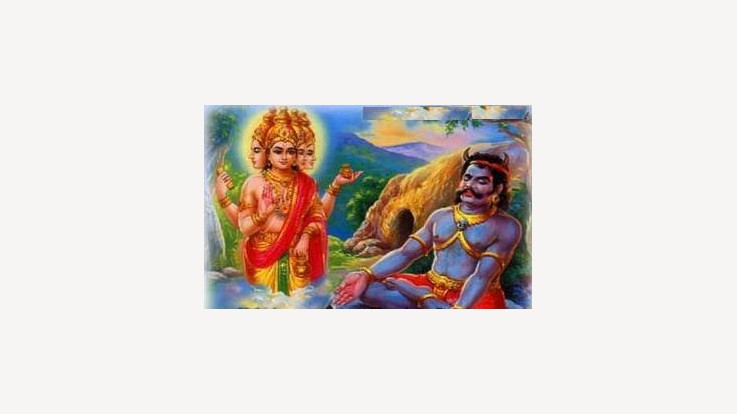 Mahishasur and his Boon

Devotees of Goddess Durga observe a day-long fast and worship the eight manifestations of Goddess Durga to get the blessings of Durga. Prasad of Kheer and Halwa are offered to Mother Durga during the puja. In the Durgashtami puja tradition, there is a customary practice of worshipping a young girl child. During the puja, the girl is offered Halwa Puri and gift in a way propitiating Mother Durga. 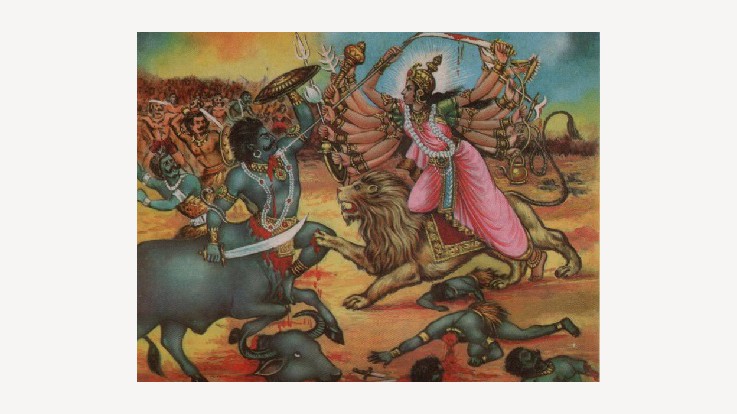 A holy pot is established on an altar. Usually, a copper pot or combination of five metals, silver or earthen pots are also allowed. It is decorated with water and spices inside, and mango leaves and coconut kept on top of it with the face pointing downwards. An image of Mother Durga is installed. The devotee should offer flowers at the idol of Mother Durga while chanting the names of Mother Durga. The puja includes holy bath and sixteen types of offerings to the idol. Panchamrit made of five items including curd, milk, honey, cow’s ghee and sugar is offered to the deity. Other offerings include fruits, dry fruits and resins, betel leaves and nuts, cloves and cardamom. At the end of the puja, aarti or waving of camphor is performed. Puja is concluded by inviting nine small girls, washing their feet with holy water and offering them gifts. The day-long fast is completed by invoking the blessings of Mother Durga. 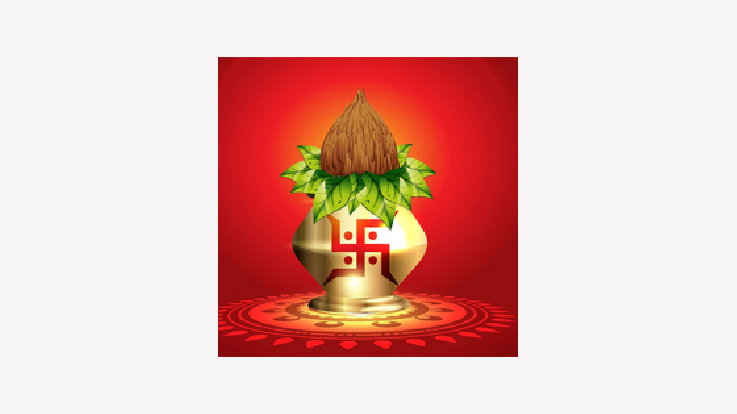 Puja of the Kalash