Narali Purnima or ‘Coconut Day’ is an important festival celebrated by Fisher community of the western coastal regions of India. It falls on the ‘Purnima’ day (full moon day) in the month of ‘Shravan,’ and hence it is referred as ‘Shravan Purnima.’ Narali Purnima is observed with great devotion and fervour in Maharashtra and Konkan regions. People from the Fisher community celebrate this festival to ward off unwanted incidents while sailing in the sea. The word ‘Narali’ implies ‘coconut’ and ‘Purnima’ signifies the ‘full moon day.’ Coconut holds an important purpose on this day. The festival of Narali Purnima coincides with other festivals such as ‘Shravani Purnima,’ ‘Raksha Bandhan’ and ‘Kajari Poornima.’ Though the traditions and cultures may differ, the significance of the festivals remains the same. 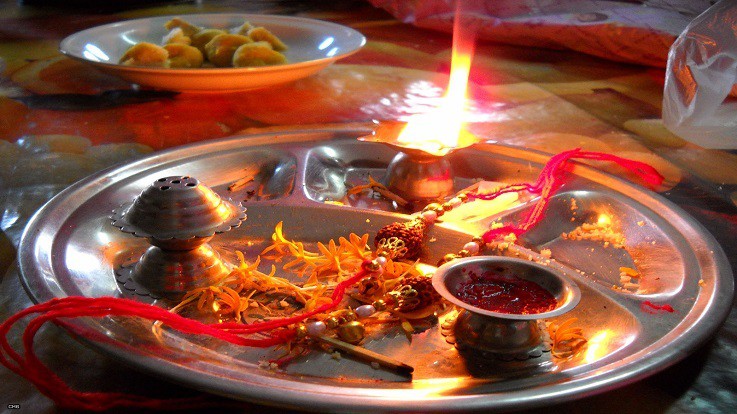 Narali Purnima is a religious festival that is celebrated in the coastal regions. It holds special significance for the fisherman community of Maharashtra, Goa, and Gujarat region. Narali Purnima is observed by those involved in the salt production, fishing or any activity related to the sea. This festival is mainly dedicated to worshiping Lord Varun, the God of Sea. Fishermen offer prayers and keep a fast requesting the Lord to calm the sea during the monsoon season. The day also marks the beginning of the fishing season. The festival of Narali Purnima is indicative of the coming year that will be filled with happiness, joy, and wealth. 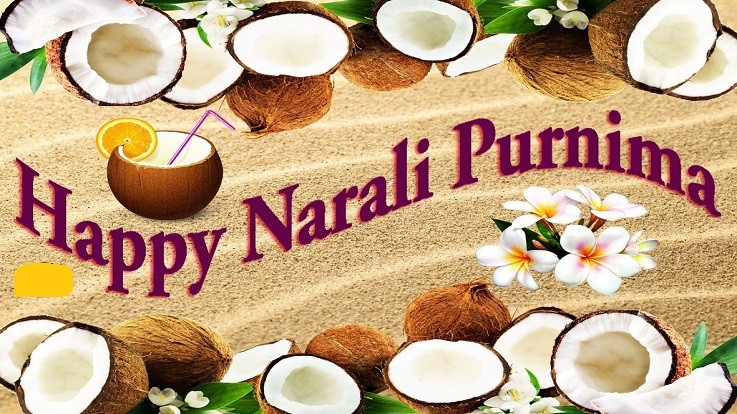 On the day of Narali Purnima, devotees worship Lord Varun. On this occasion, a coconut is offered to the Lord of Sea. It is believed that performing the puja rituals on Shravana Purnima can please the Lord Varun. Devotees seek the protection from all dangers of the sea. The ‘Upnayan’ and ‘Yagyopaweet’ rituals are among the most widely followed rituals. Devotees also offer prayers to Lord Shiva on Narali Purnima as it is believed that the three eyes of coconut are a depiction of 3-eyed Lord Shiva. The Brahmins who perform the ‘Shravani Upakarma’ keep a fast on this day without consuming any form of grains. They keep the ‘phalahar’ Vrata by eating coconut all day long. As a gesture of gratitude and respect towards Mother Nature, people plant coconut trees along the coast on Narali Purnima. After the puja rituals, fishermen sail in the sea, in their decorated boats. After making a short trip, they spend the rest of the day soaking in the festivities. Dancing and singing folk songs are the main attraction of this festival. A special sweet dish from coconut is prepared on Narali Purnima for the offering to Lord. Coconut forms the staple food of the day. Fishermen consume various dishes made from Coconut.