Adi Shankaracharya Jayanti is observed on the fifth day during the waxing of moon in the month of Vaisakha. The exact period in which Adi Shankara lived is unknown but his birthday is celebrated on the fifth day of the Shukla Paksha of Vaisakha month. Adi Shankaracharya brought out Sanatan Dharma, from the clutches of rituals. He is an incarnation of Lord Shiva. He is a Jagathguru. He preached Vedic wisdom and awareness by teaching judgment and intellect. He instituted the worship of deities as worshipping different forms of the one God.

Shankaracharya revived the teachings of Upanishads. The greatest philosopher and sage, Shankaracharya arrived on the stage when there was a destruction of truth, chaos, confusion, culture and morality. Shankaracharya with his peaceful message of Vedanta helped the people. 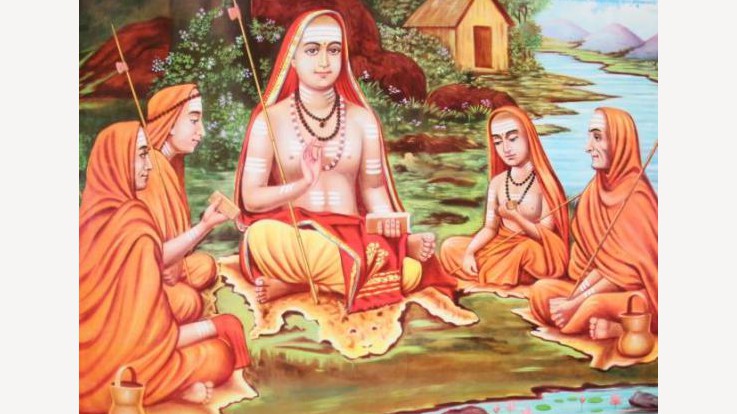 About 2500 years ago, when the people were not living in harmony with their intrinsic spirituality, all the deities and sages went to Mount Kailash and requested Lord Shiva to revive the world. Lord Shiva informed them that he would take birth on the planet earth.

Adi Shankaracharya was born to the Nambudiri Brahmin couple, Shivaguru, and Aryamba, in a tiny village of Kaladi in Kerala. The couple was childless. They prayed to Lord Shiva who appeared in their dream and assured them a most brilliant philosopher son who would be having a short life. The couple agreed and thereby Shankara was born. Shankaracharya traveled and explored for a mentor who would commence him and acquire his determination of sannyasa. He found the Ashram of Govinda Bhagavathpada who was recalled as Patanjali in a preceding birth. Govinda Bhagavathpada, the most reputed philosopher of the Vedanta school of thought, was a follower of Goudapada. Govinda accepted Shankara as his disciple. He commenced him into the uppermost kind of renunciation. Shankara was taught various Vedas and Advaita. Shankara was guided to make everyone aware of this truth throughout the country. At Badrinath, Lord Vishnu appeared to Shankara, and he told him that his idol in the Alakananda River should be recovered, and a temple must be constructed for it. This temple is known as Badrinarayan Temple. 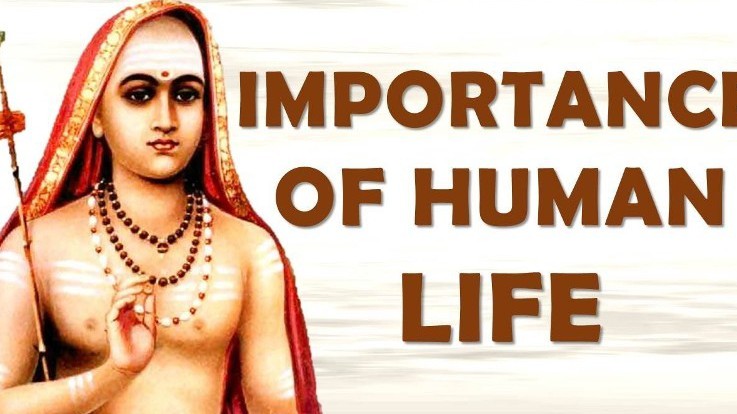 Importance of his teachings

Devotees fast for a day and worship Lord Shiva, Lord Vishnu, Lord Ganesh, Lord Surya, and Devi. They also recite the Bhagavad Gita and other Hindu mantras. Feeding Brahmans on this day is a charitable act.