The land of India houses a number of legends and stories. These stories form a great part of the Indian mythology. One such beautiful story is of Savitri. The story has been recited in the famous Indian epic Mahabharata. The story boasts about love and determination of a young woman Savitri and her husband Satyavan. 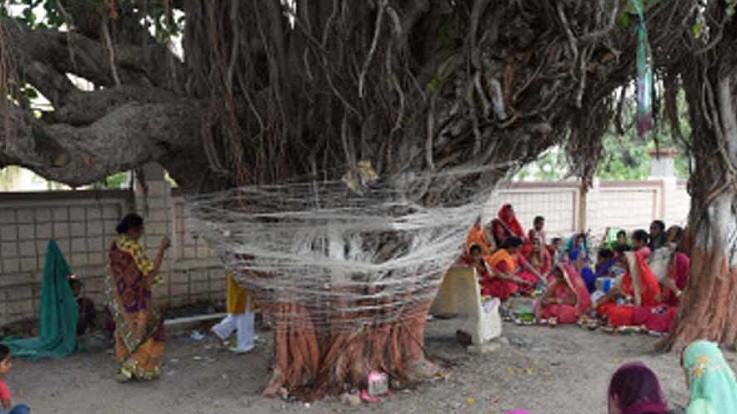 Legend behind the story of Savitri:

Savitri was a beautiful young princess. As soon as she grew old, her parents started looking for a perfect match for her. However, she decided to marry according to her choice. So in accordance to her wish Savitri’s parents sent along guards for her safety. Searching for her right match, she wandered throughout the country.

One day Savitri reached a dense forest, which was a home for a defeated king. The king had lost a battle and had shifted with his wife and son in the forest to live his life ahead. The king was old and blind, his only hope was his young son, who was a prince. He was called Satyavan, who was also known for his generosity and humility. He would get all the things needed for running the household well. He chopped wood and sold it in the city.  With the money earned, he got food and other household goods for his parents. Seeing his humility and love for his parents, Savitri was drawn towards him.

After meeting Satyavan, Savitri decided to marry him. She went back to her palace requesting her father to agree to their tying knot. Her father got disappointed with her penniless choice. However, for her happiness, he consented her to marry Satyavan. A well-versed saint informed the king that Satyavan was cursed. He was doomed to die within a year of marriage. Listening to this, the king asked Savitri not to marry Satyavan. However, she resented. The king agreed and the couple happily tied a knot. After marriage, the couple left for the forest. After completing one year of marriage, on the last day Savitri asked Satyavan to take her along to the forest. The two went to the forest. When they reached the forest, Satyavan made a bed of green leaves under a tall tree for Savitri to rest. He started to chop the wood. By the afternoon, Satyavan got tired and came down in rest in Savitri’s lap. As soon as he felt asleep, the forest grew dark and Savitri saw a tall dark figure standing in front of her. 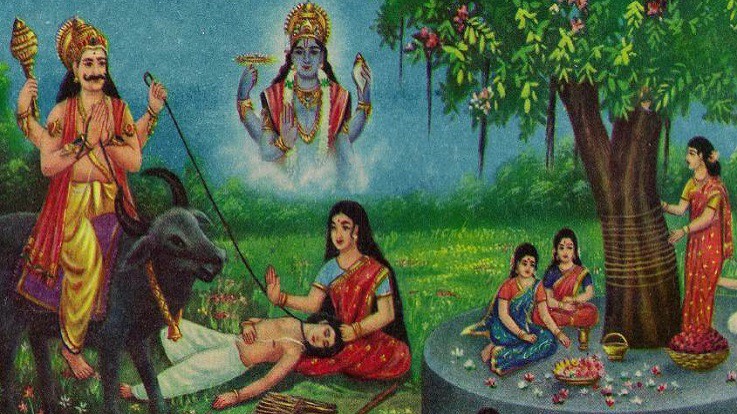 Savitri Pleadings:Yama told Savitri that he had come along to take his husband. As Yama looked at Satyavan, his soul started to leave his body. As Yama was about to leave, Savitri requested him to take her along or to spare her husband’s life. Listening to her plea, Yama said, “Child you’re time has yet not come”. Yama asked Savitri to ask for anything other than Satyavan’s life. She intelligently asked Yama to let her have wonderful and obedient sons. Yama agreed to her wish. But she asked Yama” How would I have sons without my husband Satyavan”. To fulfil his promise Yama had to give in. Yama spared Satyavan’s life. Waking up the couple walked back to their hut in the forest.