The significance of coconut dates back many centuries ago.  In the Sanskrit language, the word coconut means “Sriphala” and it represents the Almighty.  In all puja rituals, there is a practice of offering coconut to God. It is said that coconut is being used in order to save the lives of human beings from being killed.  To save the life of common and innocent men from being killed during the time of worship, coconut played a role of saviour and replaced common men at the time of puja rituals. When we offer the coconut to God, the fruits and the leaves are generally used together during puja ritual. 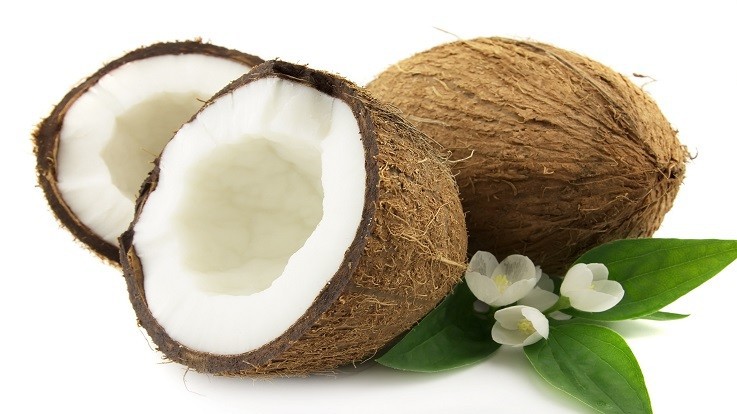 Significance of coconut in the temple

During weddings/ marriages or any kind of auspicious event, a coconut is seen to be broken and offered to Almighty. There are many layers of fibre in tender coconut. The hardcover looks like a head of the human being and when we break the outer cover, we find a white kernel inside the coconut.  Inside the coconut, there exists water or juice. Breaking a man’s ego can be resembled with breaking of the hardcover of coconut.  The Almighty always desires His followers to be egoless and pure from the heart.

There was a spiritual Guru called Adi Shankara. He took a strong stand and came forward in order to dismiss the offering of human beings during puja rituals.  The slaughtering of human lives was known as “Narabali”. According to him, there has been no relevance of “Nara Bali”. Giving Bali to innocent people with an intention to please the God” and he wanted it to be stopped immediately.  Hence, coconut was found to be a good substitute by people who did not desire a complete stoppage of the practice of “bali” rather continue with it however without endangering the lives of human beings.

So we find that coconut was a chosen substitute but why was a coconut chosen?

A coconut has a lot of resemblance to the human head.  Inside the coconut, there is a choir and it looks similar to the tuft of human hair. Again, the nut can be compared with the human skull. The blood which circulates in human body resembles the water inside the coconut.

The coconut occupies a significant place in Hindu mythology.  There was a sage called Vishwamitrawho was the creator of the coconut. He wanted to support King Satyavrata who had an intention to enter heaven as a mortal. However, his entry was denied by Gods to Heaven.  Satyavrata was a great who only desired to enter Heaven in his mortal body. 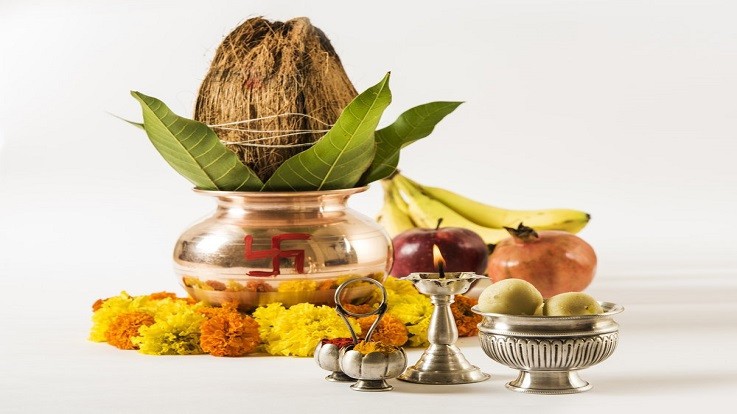 Significance of coconut on the Kalash

THE CELEBRATION OF AADI FESTIVAL:

In the Aadi festival, that is generally celebrated between July to August, there is a ritual among Hindus of worshipping Goddess Amman. In this festival, the coconut is broken on the head of the Goddess.

This ritual signifies the way of showing gratitude to the Goddess for blessings.