An incarnation of Lord Vishnu, Rama was born in the city of Ayodhya to destroy the ten-headed evil demon Ravana. As time passed, Rama mastered the art of warriors and his father Dasaratha decided Rama to be his successor. But fortune played differently ; to sooth his father’s promises to Kaikeyi, Rama decided to go into exile for fourteen years.

Rama, wife Sita and brother Lakshmana lived in forest and Rama, a mighty warrior, protected the holy sages by destroying the evil demons. Their exile journey passed and they completed ten years of exile.Once they reached a beautiful place Panchavati near the banks of River Godavari. One day, demon Shurpanakha saw Rama’s charm and fell in love instantly. She pleaded to marry her but Rama rejected her, so she angrily tried to harm Sita and so Lakshmana cut off her nose. She ran away to her brother demon Ravana to seek help and asked to avenge them. When she informed about beauty of Sita, Ravana planned to get lovely Sita as a revenge on Rama.

Ravana flew on his chariot to Panchavati and was successful to abduct Sita to his palace in Lanka. Sita was imprisoned in his garden with evil guards. 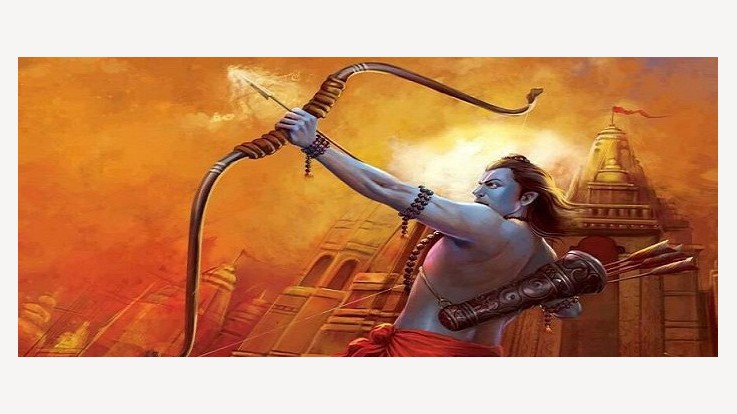 Rama in search of Sita:

Meanwhile, Rama and Lakshmana understood that they had been tricked. They went in search of Sita and only through dying eagle Jatayu they came to know that Ravana had abducted Sita. They wandered around and met Sugreeva and Hanuman, a monkey group who promised Rama to help in finding Sita.Hanuman, an intellectual warrior with power to fly, went in search of Sita over the oceans. He was able to locate her in Lanka imprisoned by Ravana.

Back he flew to Rama to inform about Sita and Rama once left along with monkey army, Hanuman and reached Mahendra Hill. They started preparing to cross the ocean to Lanka and when Ravana came to know about this, he summoned his minister’s advice. They suggested unanimously that Ravana should fight back and kill Rama. But his younger brother, Vibhishana cautioned Ravana not to attack Rama and pleaded to return Sita back to her husband for restoring peace. However, enraged Ravana refused his advice and asked him to leave his Kingdom.Vibhishana went to Rama and sought refuge under him.Rama accepted him and promised that after Ravana’s death, he will be the King of Lanka. 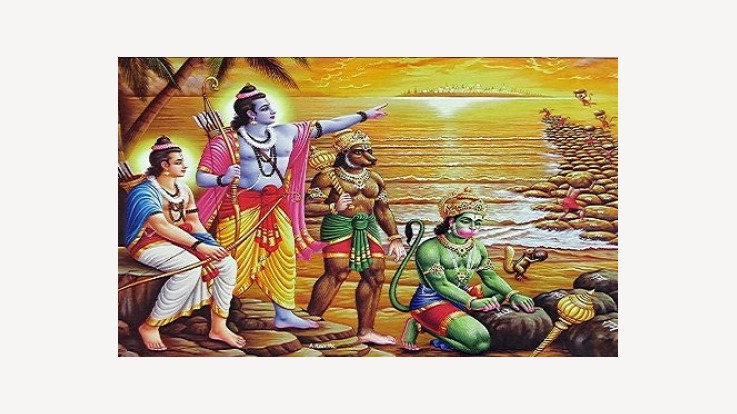 Making of bridge over ocean

Once they reached Lanka, Rama sent Angada (prince of Kishkindha) as a messenger to inform Ravana to return Sita with honor otherwise he will face destruction. But Ravana refuses and his guards attacked Angada instead. Rama and his army started preparations for the war to attack Ravana.Vibhishana informs Rama about Ravana’s strength, his chief warriors and position of his army at each corner of Lanka. Rama, Sugreeva, Hanuman and Lakshmana held a meeting to decide their next action and Rama orders his army about their positions to attack the demons. Next morning, Rama’s army rush furiously to attack Lanka and their demons.

On the other side, Ravana plans carefully to send his army for the battle. Hanuman uses his size and flying power to fight against the demons.Ravana’s chief warriors including Kumbhakarna and his son Indrajit were killed in the battleFinally, Rama’s army succeeded in killing of all the demons and at last Rama  kills Ravana too with his powerful arrow.