Here’s the Story of two brothers, Bali and Sugreeva which appears in the popular mythological epic, Ramayana. In a town of Kishkindha, near the River Pampa, the kingdom was ruled by monkeys. Bali and Sugreeva were two brothers who had a dispute over their kingdom. Bali, son of Indra and the eldest was stronger and vulnerable than Sugreeva (son of Surya).

One day, an enemy named Mayavi attacked their kingdom and Bali decided to destroy it. In the process of their fights, both entered a cave and Bali instructed Sugreeva to guard the cave till he returns. Sounds of their roaring fights whirled Sugreeva’s ears and he waited for nearly a month but neither of them came out and so he thought that Bali been killed.

With grief he returned and became the King of Kishkindha.  However, one fine day Bali returned and thought that Sugreeva had betrayed him. He grew up with anger and being stronger; he defeated Sugreeva and his team. He took the kingdom and his wife forcefully from Sugreeva, recaptured his power and authority as king and became his enemy forever. 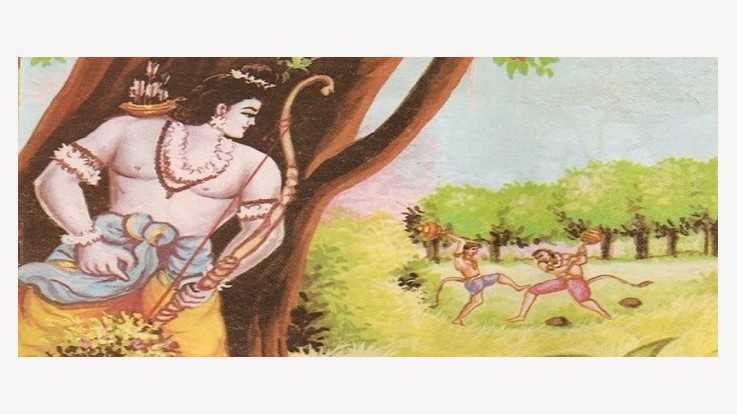 Life of Sugreeva after his defeat:

Sugreeva was a kind-hearted monkey at his nature. He and his friends, Nal, Neel, Jambvant and Maruti stayed together. Maruti or Hanuman, one of his dear friend and minister of his army was very powerful and intelligent monkey. Maruti, meaning guard of power, was the son of Vayu God. His mother Anjana was an angel in heaven.

They all lived safely on Rishimukh Mountain as Bali could not reach this place due to a curse placed on him.

Once, Rama and Lakshmana, reached the Rishimukh Mountain searching for Sita, wife of Rama. Rama told his whole story to Sugreeva and his team. Sugreeva and Maruti agreed to help Rama in rescuing Sita only if he helped them to kill Bali and regain them the kingdom of Kishkindha.

Rama promised in the killing of monster Bali and to hand over the kingdom of Kishkindha to Sugreeva and in-return Sugreeva and his team would extend their help towards Rama in killing the evil demon Ravana to rescue Sita from Lanka. All the monkeys team greeted and there was happiness all over. 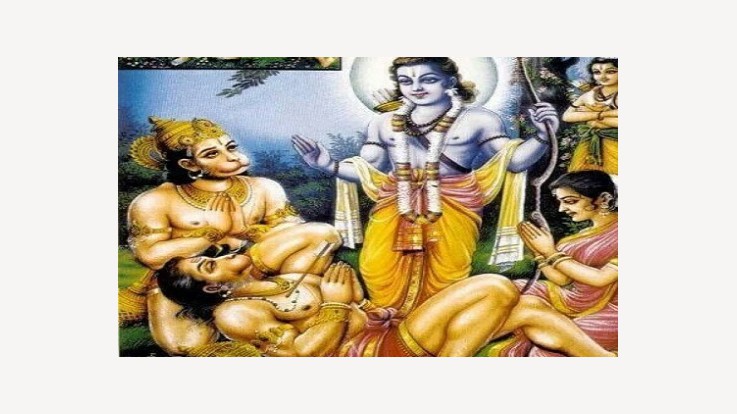 Rama instructed Sugreeva to challenge Bali for a wrestling match and he will kill Bali. The battle started between Bali and Sugreeva. Both the brothers looked so alike that Rama got confused to aim his arrow. So he asked Sugreeva to wear a garland to recognize him and the battle started again. Rama disguised   behind a tree and aimed his arrow on directly on Bali’s heart, he fell to death. Rama helped Sugreeva to win and he got back his kingdom of Kishkindha. Bali’s son Angad was assisted to render his help in the war against Ravana.

Injured Bali asked Rama, the reason to kill him though he wasn’t his enemy. Rama replied that ‘Though Sugreeva was his younger brother and his wife is like a mother, he forcefully took and made her  his wife. Due to this cunning sin, which is unpardonable and Rama’s friendship to Sugreeva, made him to kill Bali.

Maruti had the responsibility of searching Sita and as he had the power to fly, he easily crossed over the large ocean and found Sita. With the help of Sugreeva, Maruti and their army, Rama succeeded in reaching Lanka, destroyed the evil demon Ravana and rescued Sita.