Gautam Rishi is among of the Saptarhṣi or Seven great sages. He was one of the Maharishis of Vedic times who discovered Mantras in Sanskrit. The Rig Veda has several 'hymns' that go with his name. Sage Gautam is one of the greatest amongst all Saptarshis (seven sages). He was the son of Rahugana. He married to Ahalya and had two sons Vamadeva and Nodhas both themselves discoverers of Mantras. Ramayan (Treta Yuga) and Mahabharatha (Dwapara Yuga) have references to Sage Gautam as he lived during these two Yugas.

Sage Gautam's sixty-year-long penance is mentioned in the Shanti Parva of the Mahabharata. He is the progenitor of the Gautama gotra. 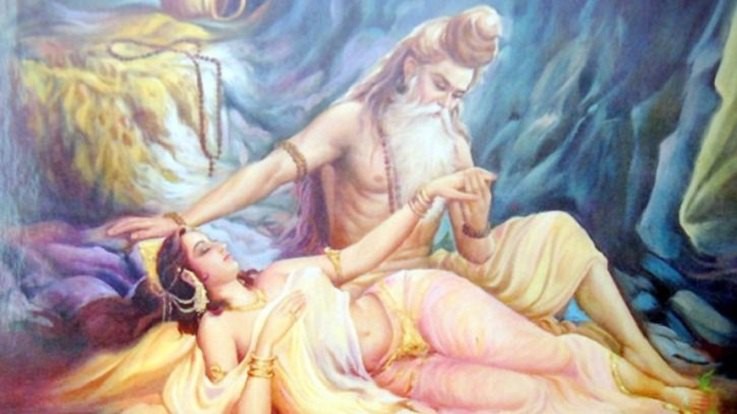 Lord Indra in disguise of Gautama Rishi with Ahalya

As per Brahmanda Purana, one of the sub-branches of the Raanaayani branch of Sama Veda was initiated by Gautam. Some famous disciples of Gautam were Shaandilya, Gārgya, and Bharadvaja. According to the Ramayana, sage Gautam once went to take a bath in the river Ganges early morning. Lord Indra, was fascinated with Gautam's wife, Ahalya. Indra went to Ahalya in the disguise of As he was escaping, sage Gautam caught him who had just returned to his Ashrama. Gautam cursed Ahalya and Indra for their act. Ahalya was converted to stone, while Indra was cursed with one thousand of female genitalia (Sahasrayoni). Later, Gautam annulled both the curse. Gautam granted Ahalya a boon that she would be liberated from the curse by the touch of the Lotus feet of Lord Ram. As a result of uttering terrible curses, Sage Gautam lost the extraordinary power he had acquired from long years of penance. To win back his power, he left his ashram and went to the Himalayas. 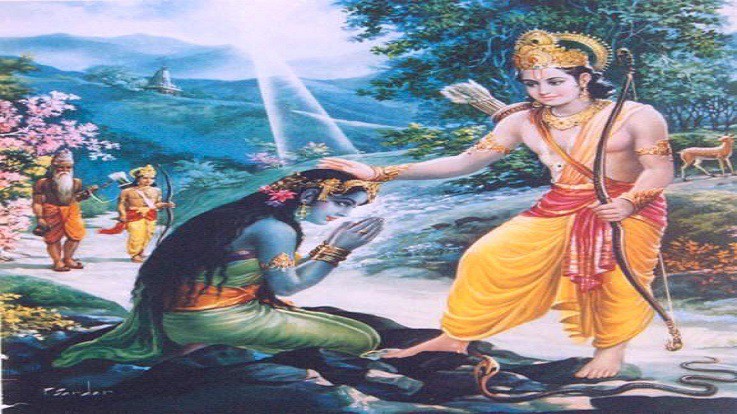 When the battle of Kurukshetra was going on, Dronacharya took over the commandership of the Kaurava army and got ready to destroy the entire Pandava army. At that point, Gautama entered the battle field, addressed the Drona, "stop the killings and give up arms. You are fighting a battle against your Varn-ashram dharma. Embrace death and go to heaven". Drona, giving respect to the words of these sages, gave up his arms and left the battle field. As advised by sage Gautama, he went to heaven by the Yogadharana way.

Sage Gautam used to travel all over the world with the intention of helping people. Sage Gautam had mastered the great Savitri Mantra. Sage Gautama was the one to whom the great Vyahrthimanthra 'Janah' was revealed. He was a great Tapasvi. He was devoted to God and a generous host. The Narada Purana describes the story of the 12-year famine during which sage Gautam fed other sages and saved them. Once the country was reeling under a great famine, but owing to the virtue of Sage Gautam, his ashram dwellers had not experienced the calamity. Thousands of sages took refuge in his ashram. Sage Gautam welcomed everyone with open arms and played host to them. The famine continued for years, but Gautam offered them great hospitality.