Indrajit, also known as Meghanad, was a prince of Lanka. He has been mentioned in the Indian epic Ramayana as the son of king Ravana who wanted him to be an ardent devotee of Lord Shiva. Indrajit played an active role in the battle between Lord Rama and Ravana. He was a mighty warrior. He is the only warrior along with Lord Parashurama who possessed the three weapons of Trimurti, i.e. Brahmanda Astra, Vaishnava Astra, and Pashupatastra. He received all kinds of celestial weapons from his mentors Shukra, Lord Brahma, Lord Vishnu and Lord Shiva. After defeating the deities, he took their arms and became the possessor of divine weapons of gods, demons, and Trimurti. He even twice defeated Lord Ram and Lakshman.

Meghnad was the eldest son of Ravana and Mandodari. He was named Meghanad after his birth because his birth cry sounded like thunder. During his birth, Ravana wished his son to be supreme so that no one could defeat him. Ravana wanted him to be an excellent and knowledgeable warrior. Ravana knew a priest, and as per his instructions, Ravana commanded the planets and constellations in such a position that would allow Meghnad to be born the way he wanted. All the planets and constellation feared Ravana. Hence, the planets followed the instructions of Raavan during Meghnad’s birth. The planets aligned in such a manner that they fall in the 11th house of Meghnad’s horoscope. However, Shani had disobeyed Ravana's orders and had settled in the 12th house of Meghnad's horoscope. Ravana became furious at this. Due to the state of Shani, Meghanad had to die at the hands of Lakshman. At a very young age, Meghanad became the possessor of several supreme celestial weapons, under the guidance of Shukra, the guru of the demons. Since his childhood, Meghanad showed signs of becoming the great warrior. He went through tough penance to attain the knowledge of celestial weapons as well as magical powers and the art of sorcery. Meghnad was married to Sulochana, the daughter of the Serpent King Shesha Naga. 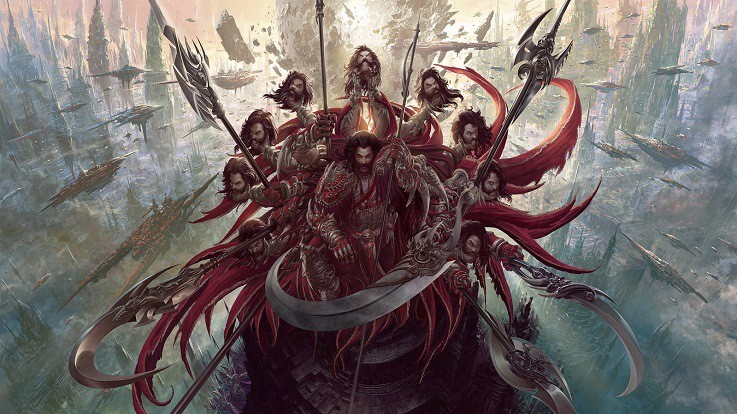 Ravan during the battle

During a battle between the deities and Ravana, Indra captured Ravana. To rescue his father, Meghanad attacked Indra and defeated all the Devas including Indra. Meghanad tied and mounted Indra onto his celestial chariot and dragged him to Ravana in Lanka. Ravana and Meghanad decided to kill Indra. But Lord Brahma intervened and asked Meghanad to free Indra. Lord Brahma was highly impressed by Meghnad's valour, and it was he who gave him the name Indrajit ("the conqueror of Indra"). Meghanad obliged and was granted a chance to claim for a boon from Brahma. Meghanada asked for immortality, but Brahma refused it saying that an absolute immortality is against the law of nature. He was granted another boon that after the completion of the Yajna of his native goddess Prathyangira or the "Nikumbhila yajna," he will get a celestial chariot, mounting on which, he will win over any enemy in the war and become invulnerable. But Brahma also cautioned him that whosoever would destroy this yajna would also kill him. It was due to these boons that Meghanad (Indrajit) got killed by Lakshman in war.