Prologue:-India is a land of stories and fables. A number of stories not only give us the right direction, but also help us to understand the right way of living. One such significant story is of Markandeya, who has been regarded as a known devotee of Lord Shiva.

Legend associated with Markandeya:-Mrikandu was a great rishi married to Marudvati. The couple were leading a happy married life. The only thing that was missing was a child. The sage was a devotee of Lord Shiva. One day pleased with his devotion and love. Lord Shiva appeared before Mrikandu. Shiva asked Mrikandu “You want 100 sons who will live long but will be foolish or do you want a very wise son who shall live till the age of 16 years”. Listening to Lord Shiva, Mrikandu chose the latter wish. Soon Mrikandu and his wife were blessed with a son. The son was named Markandeya. He was handsome and intelligent. Mrikandu ensured that his son learned all the Vedas and Shastras. 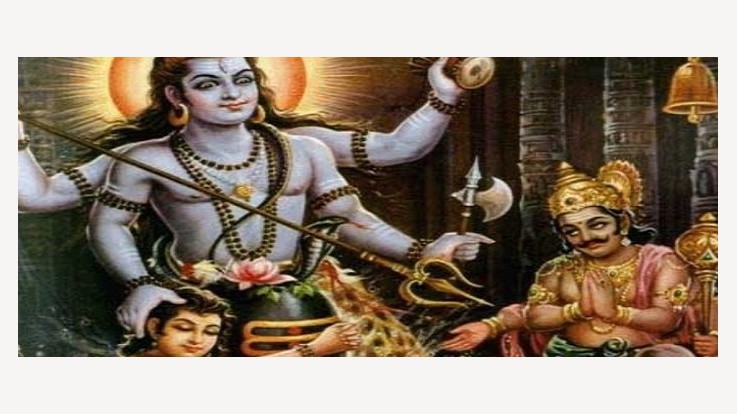 As the boy came close to the age of sixteen, Mrikandu started to grow sad. Looking at his father, Markandeya inquired “Father, why do you look so sad?”With a heavy heart Mrikandu told Markandeya about what Lord Shiva had said before he was born. Listening to this, Markandeya said “Father is that the reason why you are sad? Lord Shiva always looks upon his devotees. He is kind and saved many from death before. I shall also worship Lord Shiva. I know he will save me too.”Listening to this Mrikandu became very happy. He made a Shiva Lingam near the seashore for Markandeya to worship. He started worshiping Lord Shiva. Sometimes he would recite bhajans and even dance with joy. Soon he became sixteen and one day while worshiping Yamaraj appeared. Seeing Markandeya Yamaraj said, “Your time on this earth is over. Stop your bhajans and get ready to die.” 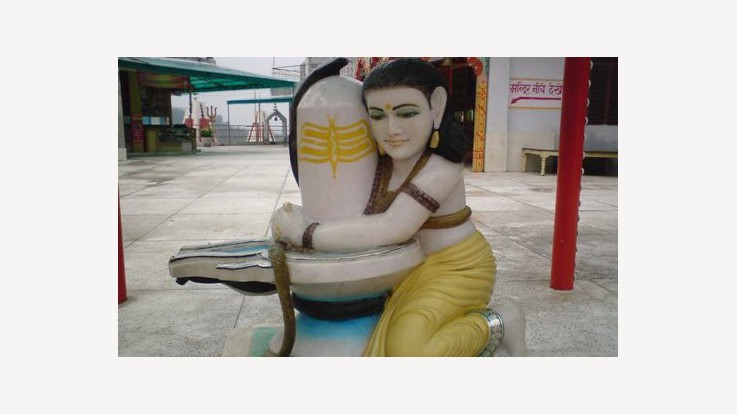 Markandeya instead of being afraid clasped the Shiva lingam. Yama got annoyed and threw his noose on Markandeya pulling the Shiva lingam also along with him. As soon as Yama pulled them, the Shiva lingam burst open and Lord Shiva appeared. He kicked Yama on his chest ordering him to go away. Lord Shiva ordered Yama to leave Markandeya, as he was his beloved devotee. Yama had to follow the orders of the Lord.From that day onward, Markandeya prayed to Lord Shiva ardently. Markandeya came home to his parents. Seeing him alive, they rejoiced and thanked Lord Shiva.  Markandeya became a great sage and lived a long life.Even a prayer is made on this folklore, which states, “What can death do to me?” This story thus spreads the message that true love and devotion never goes waste.