The 108 number is a very meaningful number and the number has extreme significance in history.  From the point of view of Geometry, it is a natural division of the circle. Different traditions in the world talk about the significance of the Number 108. There are 108 beads in Shiva mala or rosaries.  Again, a leap year has 366 days which can be simplified as 3x6x6 which equals to 108. 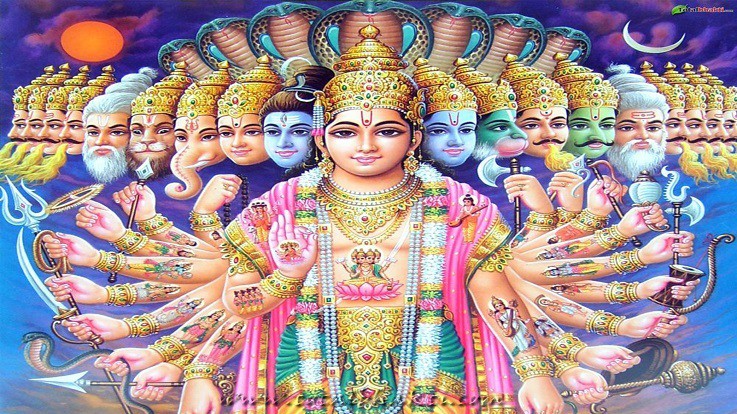 Importance of !08 and the Hindu Gods

Have we ever thought about the historical meaning of the Number 108?

In many religions like Hinduism, Buddhism and Jainism, the number 108 holds a very high position and is regarded as a sacred number. We have often heard about a monument called Stonehenge that belonged to the prehistoric days. Interestingly, the size of a monument called Stonehenge is 108 in diameter. In the early Vedic ages, most of the sages who found our number system were famous mathematicians. 108 is a Harshad number and it is divisible by the sum of its digits.  This number has an association with spirituality. In the Sanskrit language, the word Harshad stands for ‘joy-giver.’ For this reason, the number 108 was chosen.  The whole of our existence is represented by this number. Again, medications are of 108 types, 108 paths to God and 108 dance forms in our Indian tradition. 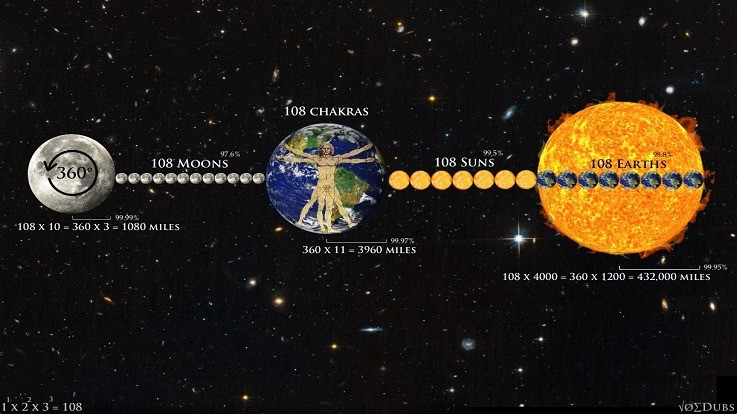 108 and its association with celestial objects

Another interesting fact is that Hindu Gods have 108 names. According to Gaudiya Vaishnavism, there was an existence of 108 gopis in Vrindavan.  The counting of the mala that contained 108 beads is considered auspicious and that is the reason why it is often done in various religious ceremonies. The mantra of NA Maja pa is recited during the counting of the beads. For serving the purpose of 108 repetitions of mantra, a mala usually contains 108 beads. 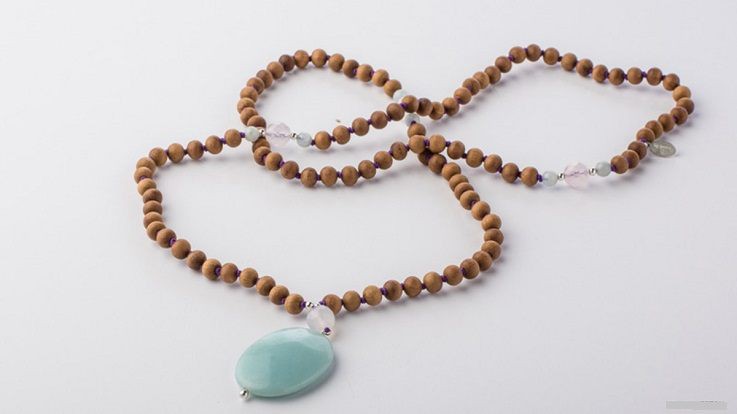 A Japanese common practice is at the end of each year, the Japanese people chimes a bell for 108 times and bids goodbye to the old year and welcomes the new one.  There is an old tradition of Zen priests wearing Juzu which is a ring of prayer beads around their waists. This ring consists of 108 beads. There is a section in the Lankayatara Sutra where Buddha is asked 108 questions by Bodhisattva Mahamati.

The teachings of Samael Aun Weor tells us that there are 108 chances in the life of an individual’s life. He gets these chances to get rid of his egos.

According to Buddhism, there exists 108 desires, 108 types of human delusions and 108 lies that humans tell.

Significance of the number 108 in Astronomy and Astrology

As per astrology, there are 12 constellations and 9 planets. The travel of 9 planets through the 12 signs manifests the whole of existence ie. 9x12=108. 27 nakshatras spread over 4 directions like north, south, east and west. Hence this also constitutes the entire existence, 27x4=108.

There is an evidence of the presence of 108 sacred books in Tibetans writings.

According to Hindu tradition, The Vedanta talks about 108 doctrines that aim towards the supreme power of Truth.

There are 108 virtues in Jain tradition.

The Lankavatara Sutra mentions names of many temples with 108 steps.

108 sins are recognised in Tibetan Buddhism.

The Indian Martial Arts conveys that there are 108 pressure points in the bodies of human beings.