Kojagara Puja is dedicated to Goddess Lakshmi. It falls on the Purnima day of ‘Ashwin’ month. Kojagara Purnima is also known as ‘Bengal Lakshmi Puja’ or Sharad Purnima. Goddess Lakshmi is known as Goddess of Prosperity. It is believed that on the day of ‘Ashwin Purnima,’ the Goddess descends on Earth to bless the devotees with prosperity and good health.

Kojagori has a significant meaning as it stands for who is awake? It is believed that Goddess Lakshmi visits every household on Purnima day to bless them with wealth, fortune and better fortune. Kojagori Purnima coincides with Navanna or the harvesting festival or season. It is also a common belief that devotees lit up lamps, earthen or electric lamps on the terraces or balconies to attract Goddess Lakshmi. 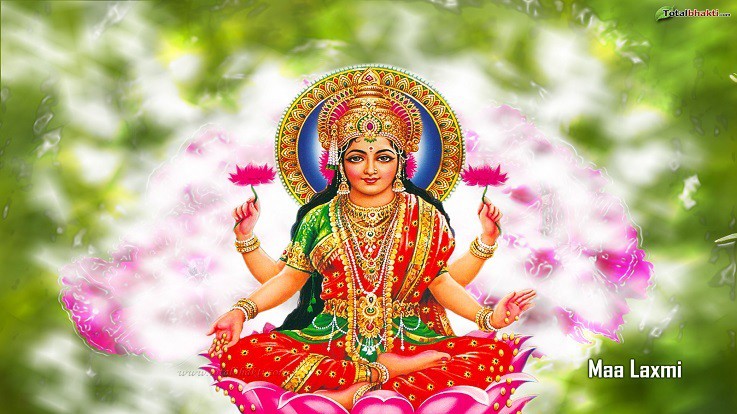 Legend foretells two folklores from where it is believed Kojagara Vrat started. According to folklore, Valit, a misfortunate Brahmin from Magadha was a religious and pious man who left home on Purnima tired of his wife Mahachandi’s errant for being poor. While wandering in the forest, he confronted 3 Nag-Kanyas who were worshipping Goddess Lakshmi by performing a Vrat to seek blessings of Lakshmi. They asked Valit to play a game of dice with them to remain awake. Goddess Lakshmi who was on vigil observed Valit got impressed with his honesty and religious gestures. She blessed him with wealth and fortune. Hence women play a game of dice till wee hours in the night to keep awake. 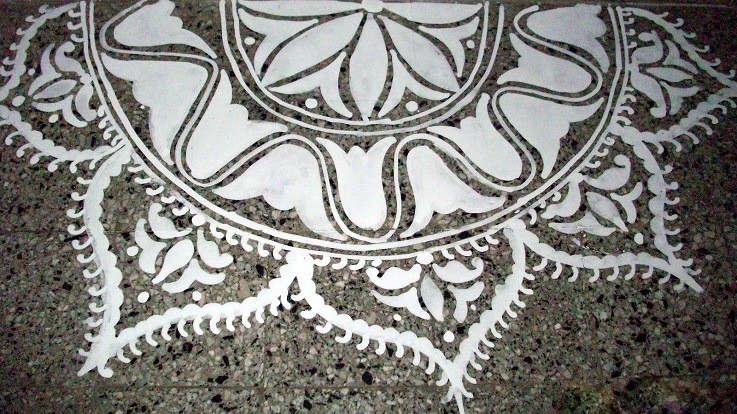 Folklore also narrates the story of a king in Bengal who was going through a bad time and financial strains. Misfortune reigned in the kingdom driving away wealth and prosperity. His wife performed Kojagara Vrat and worshipped Goddess Lakshmi on Kojagori Purnima. Impressed by her gesture, Goddess Lakshmi blessed her and her kingdom. 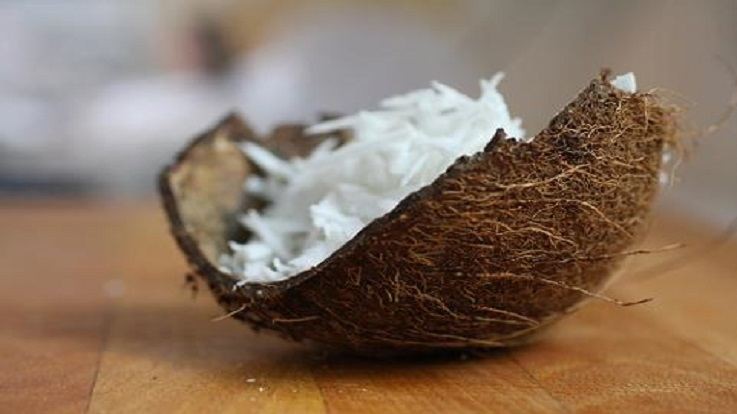 Significance of Coconut during Lakshmi Puja

Devotees worship Goddess Lakshmi by putting up the idols of Goddess Lakshmi in houses or pandals. Kojagara Puja rituals vary from community to community. Offerings such as ‘Khichuri,' ‘Taaler Phopol,' ‘Narkel Bhaja,’ ‘Naru’ and some sweets are made to Goddess. Women draw Alpana in the front of the main door. The ‘Alplana’ symbolising the feet of Goddess Lakshmi. Devotees believe that on this day, Goddess Lakshmi visits every household and blesses those who are awake. Hence, they keep night vigil and spend the time singing bhajans and kirtans. As a welcoming gesture, people illuminate their houses with lights. Chanting mantras and stotras dedicated to Goddess Lakshmi is considered auspicious. Women also keep a Vrat during Kojagara Puja. Fast is broken at night after completing the puja by offering flattened rice and coconut water to Goddess Lakshmi.

Kojagara Puja is observed to propitiate Goddess Lakshmi. The Purnima of the Ashwin month is the ‘Night of Awakening’ as Goddess Lakshmi comes to Earth to bless the devotees. Lakshmi is Goddess of Wealth and Prosperity. Devotees worship Lakshmi with devotion and dedication on Kojagara Purnima to be bestowed with her blessings.