Though the Bhai Duj after Diwali is given more prominence by many Hindu communities, Holi Bhai Duj has its significance. Bhai Dooj is a festival of brother and sister. The festival is observed to strengthen the bond of love, respect, and care between brothers and sisters. Bhai means brother. The word ‘Bhai Dooj’ specifies that the celebration is committed towards brothers. This festival falls on the second day after full moon. Bhai Dooj is also known as ‘Bhai Duj,’ ‘Bhai Dhooj’ or ‘Bhai Dhuj. The festival is observed twice in a single year. This celebration strengthens the bond between brothers and sisters. This celebration is also observed by married women who visit their brother’s house on the occasion of Bhai Duj. Sister applies tilak on the fore head of the brother, and offer sweets as well as gifts. The emotional bond between them strengthens. Bhai Dooj demonstrates the family tradition of India. On this auspicious day, the sisters worship berry trees and pray for the well-being of their brothers. 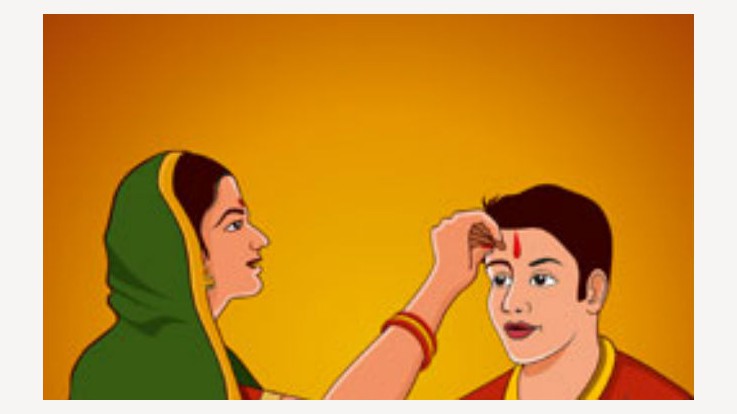 Bhai Dhooj is one of the most popular family festivals of India. The purpose of this puja is to strengthen the relationship between brother and sister. It is to remind brothers that they need to be more affectionate in taking care of their sister. Bhai Dooj is also known as Bhratri Dwitiya. Holi Bhai Dooj, although quite popular in some regions, is a lesser known festival. Famous treatise on Hindu festivals such as Dharma Sindhu, Nirnaya Sindhu and Vratraj also has no mention of Holi Bhai Dooj. The festival of Holi Bha Duj should be observed when Dwitiya Tithi prevails. Hence depending on Holika Dahan day, it might fall either next day or on the second day after Rangawali Holi. 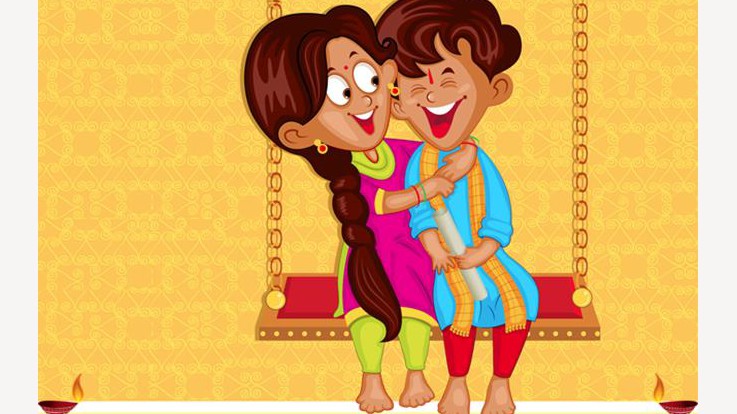 Love between a brother and sister

Married as well as unmarried women celebrate the festival of Bhai Duj. The most important event on this day is the application of teeka or tilak (Vermilion) on brother’s forehead by the sister. Sister then performs an aarti. Usually, the sister visits the brother for Holi Bhai Dooj puja. The puja thali consists of coconut, batashas, mithai (sweets), fruits, seven paans, roli and akshat. Sister lights the diya and performs a small puja. She then applies tilak on the forehead of the brother and offers him sweets, other eatables as well as a piece of coconut. In some regions, sisters are given presents by the brother. 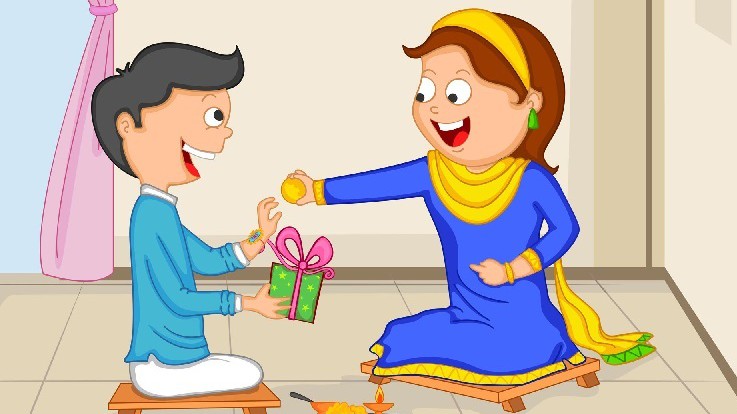