Chaitra Full Moon, also known as Chitra Purnima, occurs when the Sun is in an exalted position in the sign Aries, and the Moon is aligned with the bright star Chaitra in the constellation of Libra. Full Moon is an auspicious time for creation and manifestation. It is the time when the mind begins to balance its thought forms. The exalted Sun in Aries energizes the soul, and it also empowers us to make wise “karmic” choices which decide the destiny of our existing life and also the life beyond.

Chaitra Purnima is the sacred to Chitragupta, the Keeper of Deeds. According to ancestral belief, Chitragupta keeps an account of our positive karma against the negative and declares the result to the Lord Yama. Lord Brahma created Chitragupta through the Sun God. He is the younger brother of Lord Yama. Full Moon days are auspicious to attain Chitragupta’s blessings. It washes away all the sins and helps to bag the virtue for the life beyond. 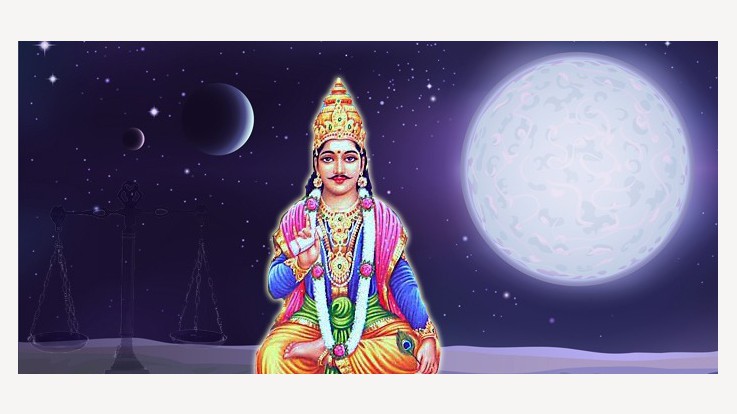 Chitragupta, the scribe of Yamaraj is known for keeping the record of the number of births or deaths in a year. He also keeps a record of good karma and bad karmas. After our death, we are rewarded or punished depending on Chitragupta’s records.

Chaitra Purnima is quite important for Hindus because it is a time to rectify our words as well as actions and eliminate negative deeds. Devotees also pray to God for forgiveness for their sins, so that they can lead a life of righteousness. The day of Chaitra Purnima also coincides with Hanuman Jayanti. Hence, it is very auspicious. 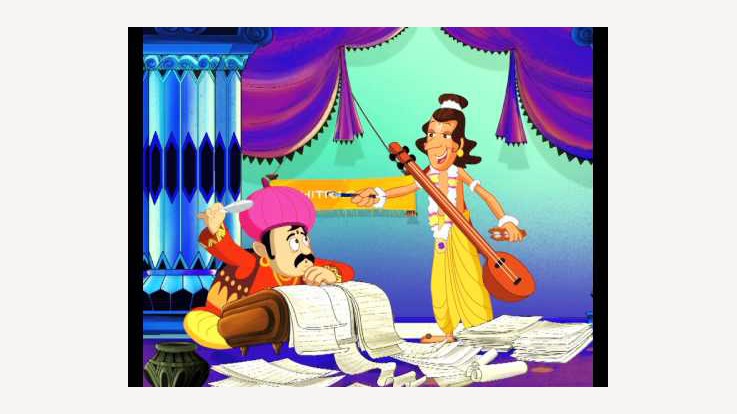 Chitragupta at his work with Shri Narad Muni

According to Vedic tradition, Brihaspati is the mentor or preceptor of Lord Indra, the King of the Gods. Once, Indra disobeyed his mentor. Hence, to teach him a lesson, Brihaspati temporarily gave his advisor role to Indra. During Brihaspati’s absence, Indra performed many wrong deeds. When Brihaspati resumed his duty, Indra wanted to know what he should do to get rid of the wrong karma. Brihaspati asked Indra to go on a pilgrimage.

While Indra was on the pilgrimage, he suddenly felt that many of his sins had been taken off his shoulders at a place near Madurai in South India. Later, Lord Indra discovered a Shiva Linga at that spot. Lord Indra attributed the miracle to this Shiva linga, and he constructed a temple on that site. When Indra was worshiping Shiv Linga, Lord Shiva magically created Golden Lotuses in a nearby pond. Lord Indra was pleased and blessed. The day on which Indra worshiped Shiva was Chitra Purnima. 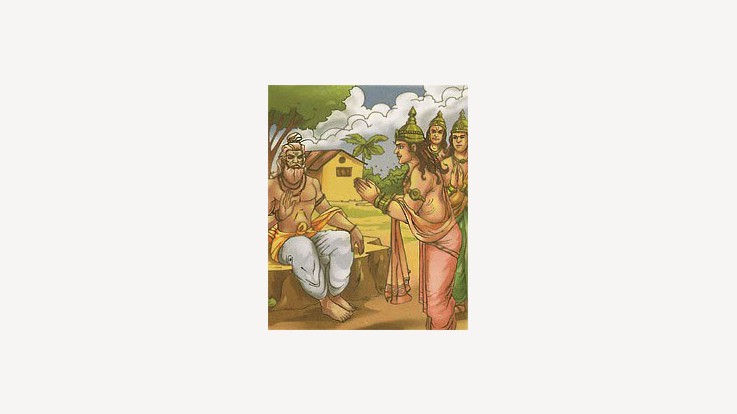 On this day, special pujas are conducted at temples. Devotees take a bath in holy rivers and temple ponds to wash away the sins and to bag the virtue for life beyond. Chitra Purnima is the time to get rid of your sins. Many people would keep fast on Chaitra Purnima. By offering food to the poor and needy people on this day, one can receive the blessing from the Almighty.

Chitragupta Temple at Kanchipuram is the only temple in South India dedicated to Lord Chitragupta. He reminds us of an invisible higher power that constantly watches over us and provokes us to mind our conduct and behaviour. It is believed that those who do not attain a balance between their good karmas and bad karmas have to attain a re-birth in any living form, to complete the life cycle.