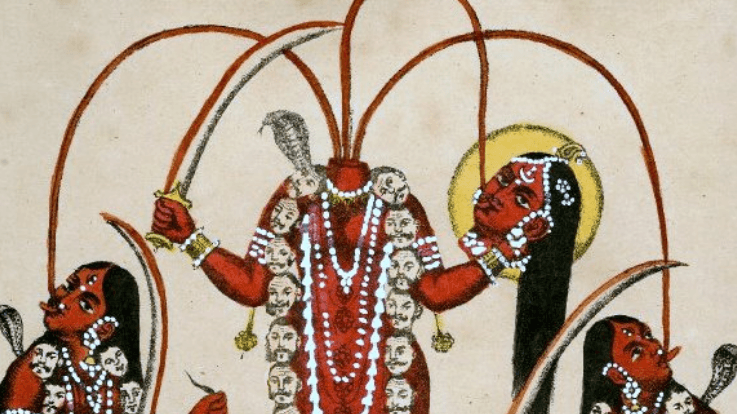 Usually, Chinnamasta Jayanti Puja is performed according to Tantrik rituals. This puja uplifts the individual even from complete loss of reputation and helps him to prosper. She is the one who imparts energy, vitality, spirit and gives a new lease of life. With this puja, sadhak can control not only their sexual energy but also enhances the spiritual energy. The goddess blesses her sadhak with knowledge, prosperity, victory, health and wealth.

Chinnamastika puja is very effective for those who are facing problems related to infertility, sexual dysfunction, and debt. The puja also helps to recover from memory loss and business loss. The results are realized instantly after the accomplishment of the Chinnamastika puja. The puja evokes innumerable advantages for protection, prosperity stability and blesses with long life. Chinnamastika mantra plays a vital role in kundalini awakening. Chinnamastika mantra is chanted for the awakening of moola dhara chakra during the practice of kundalini yoga ma. 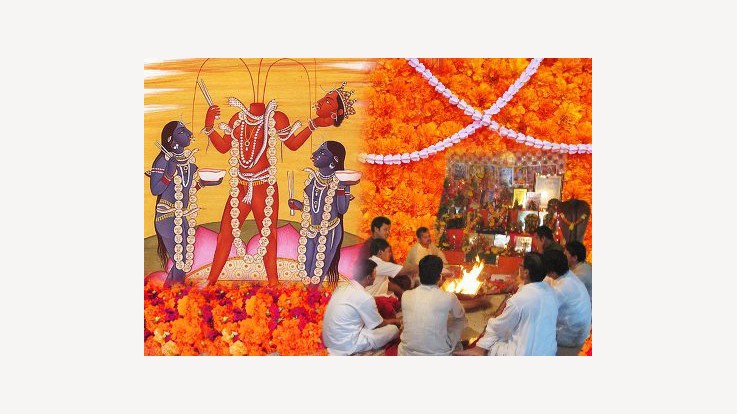 A legend about Mata Chinnamastika goes as follows. Devi Bhavani was taking a bath in Mandakini river. She had two aides Ajaya and Vijaya, who felt hungry while taking a bath. They demanded some food. Devi Bhavani asked them to wait, but they kept insisting. The aides said, ‘A mother provides her children with food.’ Devi Bhavani cut her head which fell in her left hand. Three streams of blood came out of her head. Two of these streams were consumed by Ajaya and Vijaya. The third one was consumed by Devi. Since then, she came to be known as Mata Chhinamastika. But, Ajaya and Vijaya who were Mata’s aides wanted more blood. Goddess cut her forehead and offered them her blood. Hence, she is known as Mata Chhinamastika.

Mata’s place of worship is decorated beautifully like a bride. Durga Saptashati Puja is organized on this day. Devotees take part in Chinnamasta Puja. Food is also offered to devotees comprising of various dishes. It is believed that every wish of devotees is fulfilled. A Puja for peace and mankind also takes place in Mata’s temple on this day to make sure that every devotee is blessed by Mata Chhinamastika. Many devotees visit Mata’s temple just to see Mata’s idol.