Gangaur is one of the most popular and colourful festivals of Rajasthan and it is observed with great enthusiasm and devotion by women. The festival is the celebration of harvest and marital fidelity. Women worship Gauri, the consort of Lord Shiva. The word ‘Gangaur’ is comprised of two words, ‘Gana’ and ‘Gaur’. ‘Gana’ is synonymous with Lord Shiva and ‘Gaur’ which stands for Parvati which also symbolises Saubhagya (marital bliss). Lord Shiva and Goddess Parvati are worshipped during Gangaur. This festival is specifically meant for women. The unmarried women worship Gauri for ideal groom while married women observe Gangaur for the welfare, health, and longevity of their husbands. 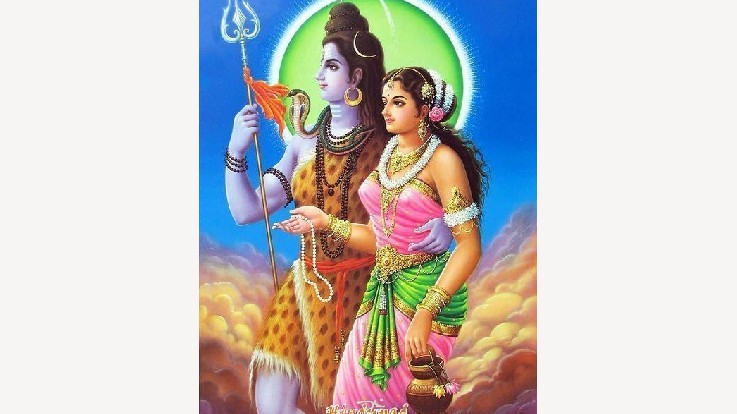 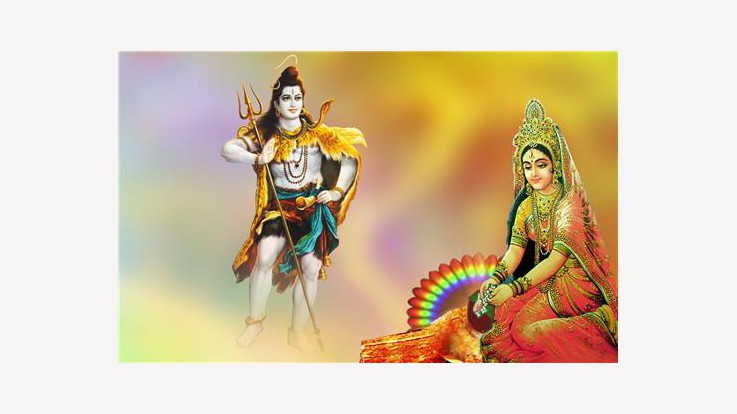 It is believed that after a temporary long sacrament Goddess Parvati and Lord Shiva reunited on this day. Women collect ash from the Holika bonfire and mix it with mud, sow wheat and barley. The mud is then watered till the festival of Gangaur allowing the germination of seeds. After Seventh day of Holi, unmarried girls carry earthen pots with a hole and a lamp lit inside, called ‘Ghudlia’ on their head. They also sing songs to praise the Goddess. They go around all the houses in the area and collect small presents, cash, sweets, jaggery, ghee, oil etc. The women chant hymns or Gangaur Geet. The festivities continue for 18 days and conclude with the arrival of Lord Shiva to accompany his bride home. A procession of beautifully ornamented camels, horses, elephants and dancing devotees with drummers is carried out. The children carry the idol of Gauri in beautifully decorated gold and a silver palanquin. 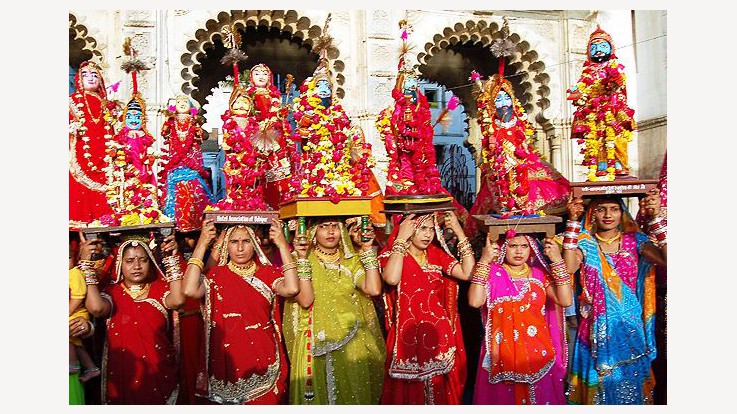 Devotees who observe Gangaur festival wake up early in the morning to take an early morning bath. Later, they worship Lord Shiva and Goddess Parvati. If possible, make clay images of Lord Shiva and goddess Parvati. Devotees also worship the clay deities with devotion and offer ghee lamps, incense, sweets and flowers. A fast is kept till the evening puja. Devotees use red clothes and red flowers to worship Goddess Parvati. The deity of goddess Parvati is taken out in a procession accompanied by women carrying earthen pots with holes and lamps inside the pots. At the end of the procession, the deities are immersed in the water in a nearby lake or river. If immersion is not possible, the deities are respectfully placed in a nearby temple of Lord Shiva or goddess Durga. 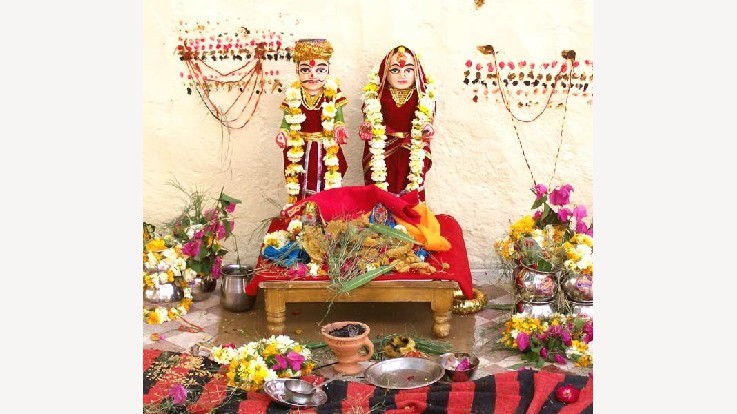