Guru Purnima is dedicated to spiritual and academic teachers. It is traditionally celebrated by Hindus, Jains, and Buddhists, to pay their respects to their mentors. Disciples express gratitude to their mentors.The festival is celebrated on Purnima day in the Hindu month of Ashadha. This day marks the first peak of the lunar cycle after the peak of the solar cycle. It is known as Vyasa Puja day or Vyasa Purnima day. The day is celebrated as birth anniversary of Veda Vyasa who was the author and a character in the Hindu epic Mahabharata. 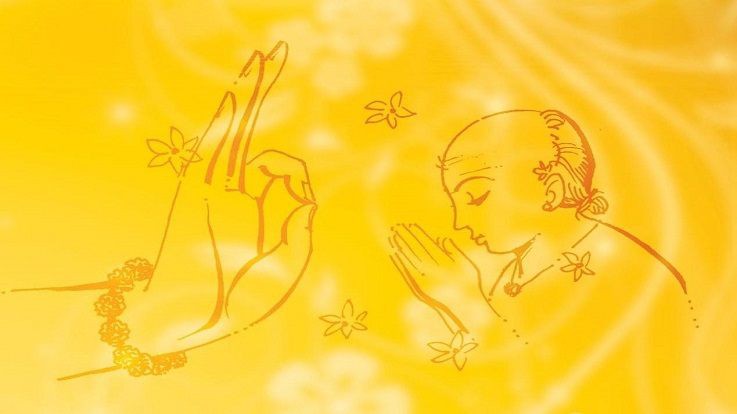 Guru Purnima was the day when Shiva become the Adi Guru. The story goes that 15,000 years ago, a yogi appeared in the upper regions of the Himalayas. Nobody knew about his origins. His presence was extraordinary. He exhibited no signs of life, but tears of ecstasy would roll down his face. People began to drift away, but seven men stayed on as they wanted to experience whatever was happening to him. Finally, Yogi gave them a preparatory step and closed his eyes again. After 84 years of sadhana, on the day of Dakshinayana, the earth’s southern run, the yogi looked at them again. They had become shining receptacles. He could not ignore them. On the full moon day, the yogi sat as a Guru to these seven men. Shiva thus became the Adi Guru. The seven disciples were known as Saptarishis and took this knowledge across the world. Guru Purnima is sacred in the yogic tradition because the Adiyogi opened up the possibility for a human being to evolve. The seven different aspects of yoga became the foundation for the seven basic forms of yoga. 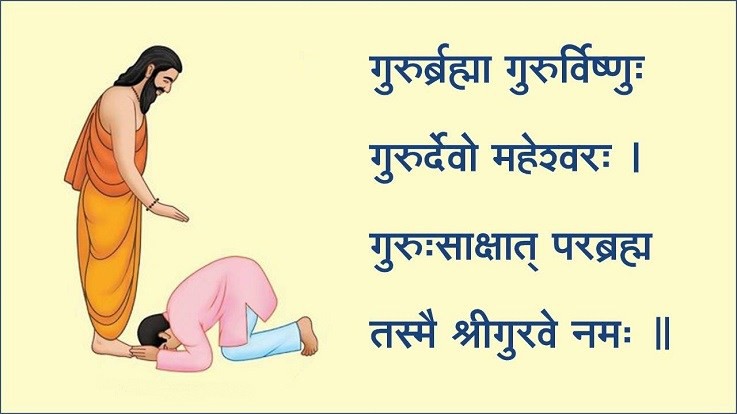 It was the day when Dwaipayana Vyasa – author of the Mahabharata was born to sage Parashara and Satyavati. Hence, the day is celebrated as Vyasa Purnima. Veda Vyasa gathered the Vedic hymns during his times, divided them into four parts based on their use in the rites, characteristics and taught them to his four disciples, Paila, Vaisampayana, Jaimini, and Sumantu. He divided the holy Veda into Rig, Yajur, Sama, and Atharva. 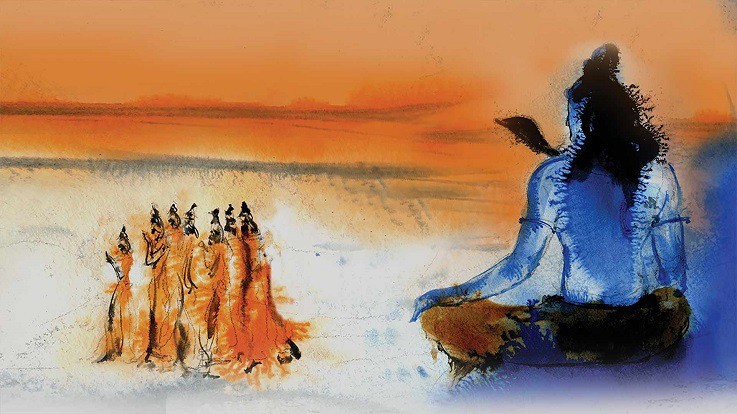 Guru Purnima is celebrated by Buddhists in honour of the lord Buddha who gave His first sermon on this day at Sarnath. In the yogic tradition, the day is celebrated in honour of Lord Shiva who became the first Guru as well as the great sage Vyasa, the greatest Guru in ancient Hindu traditions. Vyasa was born on this day. He also wrote the Brahma Sutras on Ashadha Sud Padyami, which ends on this day. Their recitations are a dedication to him and are organised on this day, which is also known as Vyasa Purnima. The festival is an expression of gratitude toward the teacher by his/her disciple.

Vyasa Puja is held at various temples, where floral offerings and gifts are distributed. The festivities are followed by a feast for the disciples where the Prasad and Charanamrita are distributed. Special recitations of the Hindu scriptures are held all day. Apart from the singing of bhajans-hymns and kirtan, devotees organise havan at the temples. Disciples recommit themselves towards following their teacher's guidance and teachings, for the coming year.