Skanda is a Hindu deity who is worshiped across South India. Lord Skanda is a son of God Shiva and Goddess Parvati. In South India, Skanda revered as the younger brother of Lord Ganesha. In North India, Skanda is worshiped as the elder brother of Lord Ganesha. God Skanda is also known as Murugan, Kartikeyan, and Subramanyam. Sashti Tithi is dedicated to Lord Skanda. Devotees keep fast during Shukla Paksha Sashti day. The day when Sashti Tithi is combined with Panchami Tithi is preferred for Skanda Sashti Vratam. 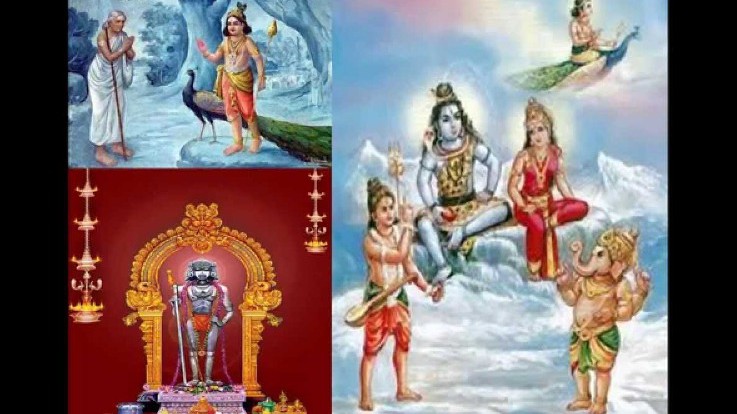 Lord Murugan with his family

Like most other Hindu festivals, Skanda Shasti festival celebrates the victory of good over evil. Skanda Purana narrates the origin of Skanda Sashti fasting. It is an important observance for the devotees of Lord Murugan. The festival is observed in Aippasi. Devotees fast during these six days. The festival is dedicated to Lord Murugan. The fast lasts till Soorasamharam day. The day after Soorasamharam is Tiru Kalyanam or Subramanya Shashti, or Kukke Subramanya Sashti. It falls during lunar month Margashirsha. Skanda Sashti is also known as Kanda Shashti. 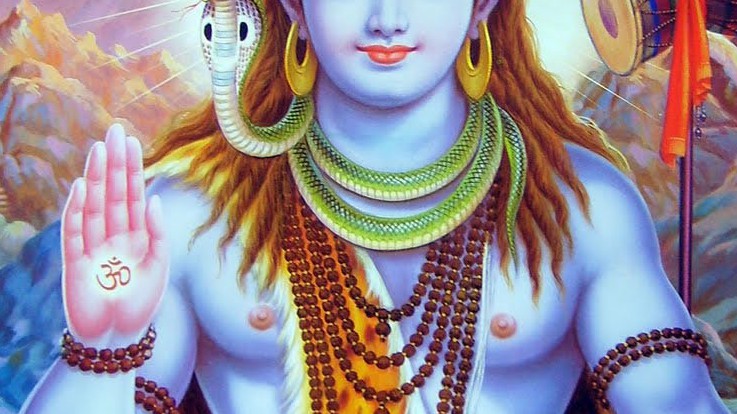 Skanda Purana is the longest of the 18 Mahapuranas. According to Skanda Purana, the demons under the leadership of Surapadma, Simhamukha, and Tarakasura defeated the Devas and took over the earth. They enjoyed torturing the Devas and humans. They destroyed everything that belonged to Devas and humans. Surapadma had got the boon that only a son of Lord Shiva can kill him. The demon believed that Lord Shiva who had gone into deep meditation after the death of Goddess Sati would never return to earthly life. Devas conveyed their plight to Lord Shiva, but he was in deep meditation. Lord Brahma advised Devas to take the help of Kamdev. He incited sexual desire in Lord Shiva. But an angry Lord Shiva burnt him into ashes.

The semen that emanated from Lord Shiva got divided into six parts and was deposited in the Ganga. Goddess Ganga hid the six parts in a forest. It assumed the form of six children. The children were looked after by the six Karthikai stars. Later, Goddess Parvati combined the six babies into one. Hence, Lord Murugan is depicted differently like with one face and two arms, or with six faces and twelve arms or with a single face and four arms. 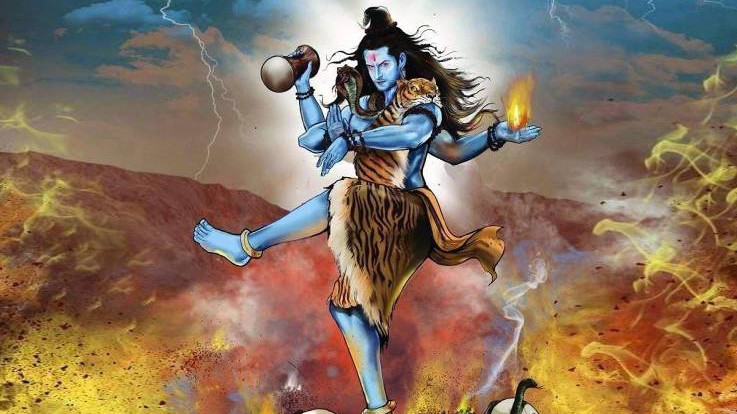 On the other hand, Soorapadman held son of Lord Indra and other sages and devas as captives. Lord Murugan decided to annihilate the demons. Lord Murugan killed Soorapadman with his ‘Vel’. This act of the Lord is known as Soorasamharam. The Skanda Shasti festival is held on this day. The famous ‘Vetri Vel’ chanting that takes place on the Shasti day is associated with the victory of Skanda over Soorapadman. 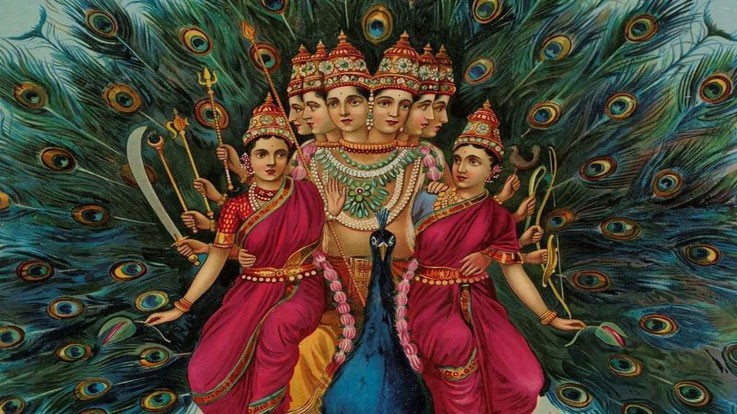 Lord Murugan along with his escorts

On this day, elaborate celebrations are held with grandeur across the South India. In many places, the festival commences six days before the main Sashti day and concludes on the day of the Sashti. During these days, devotees recite devotional hymns, stories of Murugan. Thousands of people gather for feasts, and massive amounts of camphor are burnt.