Kurma Jayanti celebrates the birth of Lord Vishnu as a tortoise. In Sanskrit, a tortoise is known as ‘kurma.’ It falls on the ‘Purnima’ of the ‘Vaishakh’ month. According to the Hindu legends, on this day, Lord Vishnu in his ‘kurma’ avatar lifted the gigantic Mandaranchal mountain on His back during the ‘Ksheera Sagara Manthan.’ Hence, Kurma Jayanti is celebrated as the birth anniversary of Lord Kurma (Tortoise). It is the second avatar of Lord Vishnu. Devotees worship him religiously on this day with dedication. Special pujas and ceremonies are performed in Lord Vishnu Temples on this day. The celebrations at the ‘Sri Kurman Sri Kurmanatha Swami Temple’ in Andhra Pradesh are very grand. 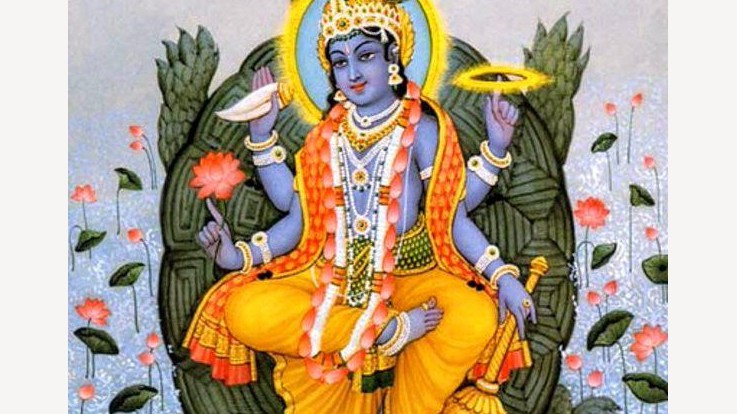 Kurma Jayanti is an auspicious day for Hindus. On this day the Kurma Avatar of Lord Vishnu is revered by Hindus. As per the Hindu legend, during the celestial event of ‘Samudra Manthan,’ the ‘Mandaranchal Mountain’ was used for churning the ocean. When the mountain began to sink, Lord Vishnu appeared as a huge tortoise to hold the mountain on his back. Kurma Jayanti has religious significance for Hindus. Devotees express their gratitude for Lord Vishnu. Kurma Jayanti is considered an auspicious day for initiating construction work owing to the popular belief that Yogmaya resides with Lord Kurma. 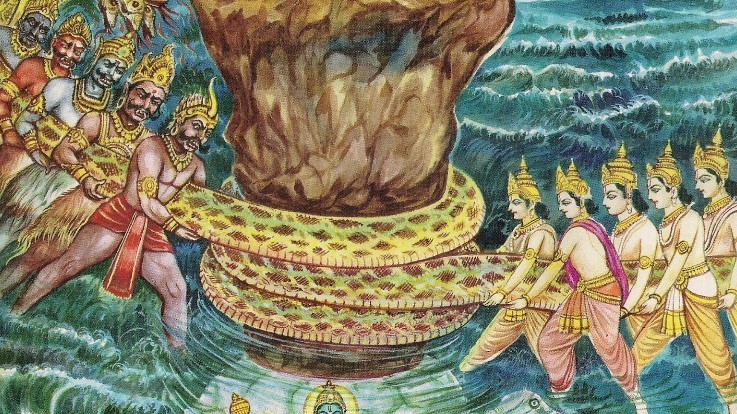 According to legends, Lord Vishnu appeared as a turtle in this incarnation which has been related to Samudra Manthan, the battle between Gods and Demons that took place in the sea. During the reign of Bali, the demons became very powerful. The Devas were unable to fight them as Lord Indra was powerless due to the curse of Saint Durvasa. Hence, Bali established his kingdom in all three lokas, and the devas were helpless. All devas went to Lord Brahma. He along with the devas, visited Lord Vishnu to narrate the problem. Lord Vishnu suggested about a battle which would take place in Kshir Sagar. During this battle, devas would consume Amrit (nectar). They would be immortal and would be able to kill the demons. Devas agreed. They chose Mandaranchal mountain as the center and Nagraj Vasuki as the rope. They took the Mandaranchal mountain to Kshir Sagar, but it started drowning. Hence, Lord Vishnu incarnated as Kurma and lifted Mandaranchal mountain on his back. Thus, the battle between the Devas and the Demons could be completed. 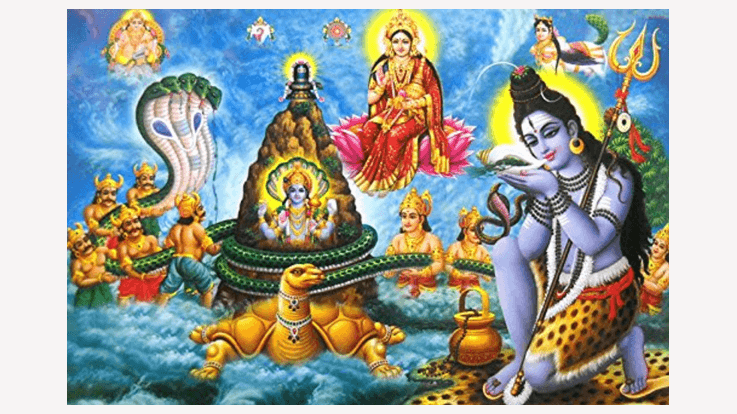 A view of the Sagar Manthan

Devotees keep fast on the day of Kurma Jayanti. The vrat begins from the previous night and continues till the next day. The observer of the Kurma Jayanti vrat stays awake at night reciting ‘Vishnu Sahastranaam’ and other Vedic mantras. Lord Vishnu is worshiped with devotion on this day. Devotees pray to their Lord to seek divine blessings for removing obstacles in life. Devotees visit Lord Vishnu temples on Kurma Jayanti and take part in the rituals. Offering donations is also an important event of the day. Donations can be in the form of food, money, clothes or any other essentials of life.