Mohini Ekadashi is one of the important Ekadashis. It holds great significance and importance for Hindus. It helps devotees to get rid of all their sins including the sins from the previous births. Mohini Ekadashi is observed on the Eleventh day of the Shukla Paksha in the Hindu month of ‘Vaisakha.’ Mohini is the disguised form of Lord Vishnu. Since Lord Vishnu appeared in this form on the Ekadashi tithi, the day is celebrated as ‘Mohini Ekadashi.’ It is celebrated in ‘Vaisakha’ month across Northern India and adjoining regions. However, as per the Tamil calendar, it falls during the month of ‘Chithirai.’ According to Bengali calendar, it falls in the ‘Jyestho’ month. In the Malayalam calendar, Mohini Ekadashi falls during the month of ‘Edava.’ Hindu devotees observe Mohini Ekadashi to seek divine blessings for happy and prosperous life.

The greatness of Mohini Ekadashi is mentioned in Surya Purana. It was first narrated by sage Vasistha to Lord Ram. Lord Krishan narrated its importance to Maharaja Yudhisthira. It is believed that if a devotee observes Mohini Ekadashi vrat with complete devotion, he received much more Punya - good deeds than those achieved by visiting pilgrimages, offering charity or performing yajnas. The devotee achieves freedom from the continuous cycle of birth and death to attains salvation. Mohini Ekadashi holds huge significance in the Hinduism.

When Yudhishthir questioned Lord Krishna about the most important Ekadashi, he replied that this Vrat was performed by Lord Ram in Treta Yug. When Lord Ram was separated from Devi Sita, he was advised by sage Vasistha to perform this Vrat. Performing the Vrat helped Lord Ram to overcome every obstacle. He brought back Sita after killing Ravana.

A famous story that depicts the importance of Mohini Ekadashi was told by Sage Vasistha to Lord Rama. King Dyutimana who belonged to Chandra Vansh, was ruling The beautiful city of Bhadravati was situated on the banks of River Saraswati. Dhanapala, a devotee of Lord Vishnu, was very pious and kind-hearted. He was a Vaishya and worked for the welfare of the people all the time. He had five sons - Samana, Dyutimana, Medhavi, Sukriti, and Dhrustabuddhi. The youngest son, Dhrustabuddhi was very wicked and involved in sinful activities. He neither cared for his family nor the society. He misused his father’s name and money. Fed up by his vices, Dhanapala threw him out of his house. Soon he was done away with all the money and ornaments that he had. He had to become a thief. Several times he was caught by the king’s men and then released. The king thought of punishing him. He decided to thrown him out of the city.

Dhrustabuddhi had to leave the kingdom and had no place to go. He went into a jungle. He wandered like a hunter in the forests for many years. One day he met Rishi Kaundinya. It was the month of Vaisakha, and the sage was returning to his ashram after taking a bath in the holy river Ganges. Suddenly, a drop of water from the sage’s clothes fell on Dhrustabuddhi. He bowed before Rishi Kaundinya and asked him to relieve him of all the sins that he had committed. He was advised to follow Mohini Ekadashi Vrat. He obeyed Rishi’s instructions and observed the Vrat with dedication. His sins were pardoned, and he attained a divine body. It is believed that after his death he was taken to the abode of Lord Vishnu by Garuda, his divine carrier. 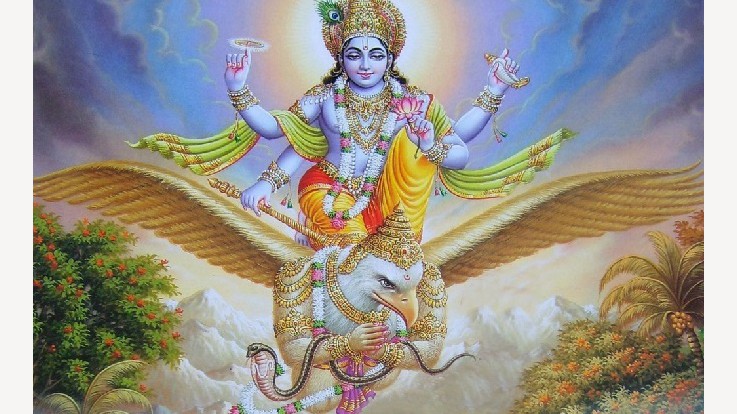 Devotees observe a strict fast. The fasting begins on ‘Dashami’ tithi. Devotees perform pious acts and eat ‘simple’ food once before sunset. Complete fasting occurs on Ekadashi which continues till the sunrise of ‘Dwadashi.’ Mohini Ekadashi vrat should be broken by drinking milk on the next day.

The observer of Mohini Ekadashi vrat gets up early and takes a bath with Til and Kush. The devotee must sleep on the floor on the ‘dashami’ night, spend the whole day offering prayers to the deity and keep vigil all night by singing bhajans and chanting mantras of Lord Krishna.