Naag Panchami falls on Panchami Tithi of Shukla Paksha in Shravan month. The day is devoted to Snake God. The snake God is offered special worship. A resolution is taken of saving snakes. The fifth day of Shravan Shukla Paksha is celebrated as Naag Panchami with great devotion. Snakes are considered as the incarnation of power and sun. India is a land of religious faith and beliefs. As per ancient scriptures, Naag Panchmi possesses a great importance in the Indian culture. Many people admire the snake or Naag as their Kula Devata. Snake is also called out to be the ornament of Lord Shiva. The ancient scriptures of India mention that the Sheshnag of Lord Vishnu bears the weight of the earth on his head. During this festival, devotees worship the snakes. 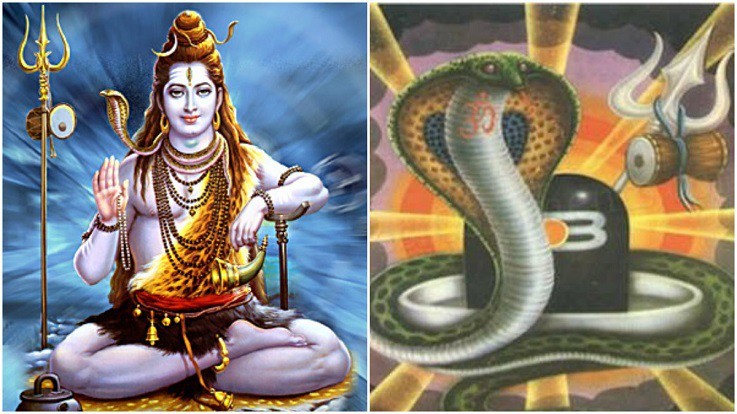 In Hindu religion, nature’s creature, plant, movable and immovable things are considered as God. Pristine sages have added religious sense to all prayers and festivals. Such festival increases the religious faith of a person, and it also links the human to nature. Snake has been given much importance. Nag Panchami is a very important festival celebrated on the fifth day after the Amavasya in Shravan month. In some parts of India, Naag Panchami is also celebrated on the fifth day after the Purnima in the month of Ashadh. It is also called as Manasa Devi Ashtanga Puja. The Snake Goddess Manasa Devi and Ashta Nag are worshipped on this day. InPunjab, it is known as Guga-Navami in Punjab. Devotees create a huge snake from flour and worship it. Devotees also celebrate this day to commemorate Lord Krishna's victory over Kaliya Snake. It is believed that unmarried woman who keep fast or Nag Panchami Vrat and Puja and also feed the snakes will get good husbands. They also get protection from the snake bites. Naga Panchami day is considered auspicious to perform Naga Puja in Shiva Temple and Kaal Sarp Dosh Nivaran Puja. 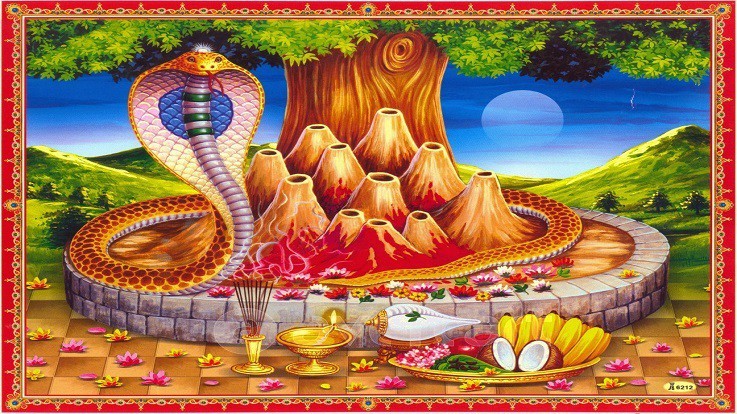 According to a legend, species of snake was born on this day. Janmejay could not save his father Maharaja Parikshit, from the bite of Takshak snake. He through his oblation forced Takshak to repent in front of him. It is said that the one who worships God snake on Panchami of Shravan month will get rid of Naga-Dosh. 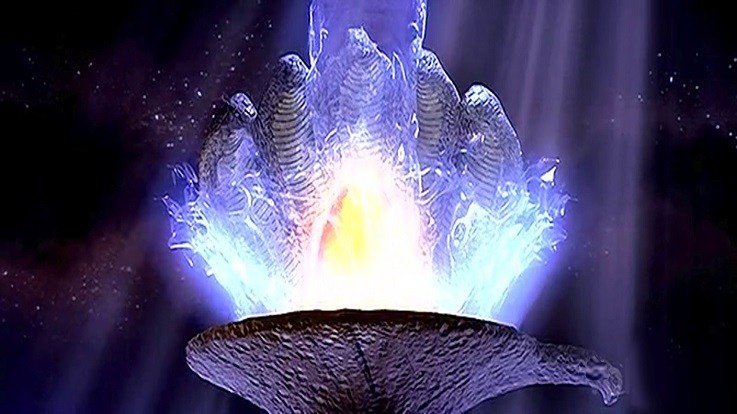 Sheshnag on which Lord Vishnu rests

After taking a holy bath, devotees visit temples and snake pits in temples to worship the Nagas. Devotees fast on the Panchami day.

By praying to Snake God, one is freed from the fear of snakes and serpents. It also protect us from all evils. The person who worships the serpents on Naga Panchami day should not dig the ground for farming or any other reason. Ant hills and snake pits are worshipped by offering milk. Devotees perform the Naga Puja in temples to get relief from Naga Dosha. Devotees avoid eating fried food on this day. They consume only boiled and steamed food.