Narasimha Jayanti is an important festival and is celebrated on the Fourteenth day of the Shukla Paksha in Vishakh month. Narasimha is the fourth incarnation of Lord Vishnu. He has a face like a lion and a trunk like a man. He had killed demon Hiranyakashipu on this day. It is known that Narasimha appeared during the sunset on Chaturdashi and hence the puja is performed during those hours. The message of Narasimha Jayanti is to remove adharm and to follow the path of dharma. 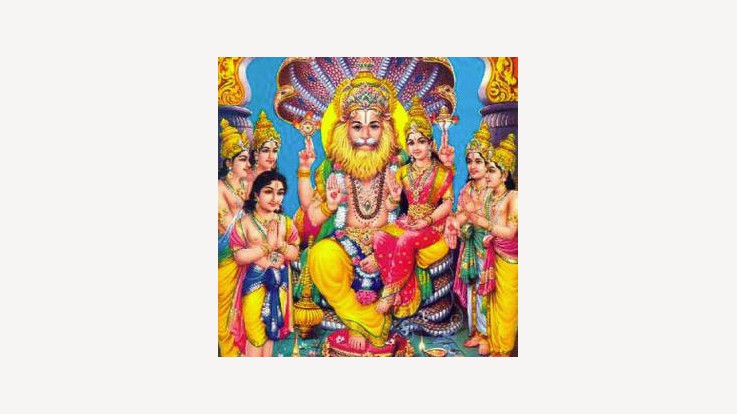 Lord Narasimha with his escort

Significance and Legend of Narasimha Jayanti:

Lord Narasimha represents power and victory. As per the beliefs and religious texts, Lord Vishnu incarnated as Lord Narasimha on this day to kill the demon Hiranyakashyap and establish dharma. Hence, the day is celebrated as Narasimha Jayanti across the country. 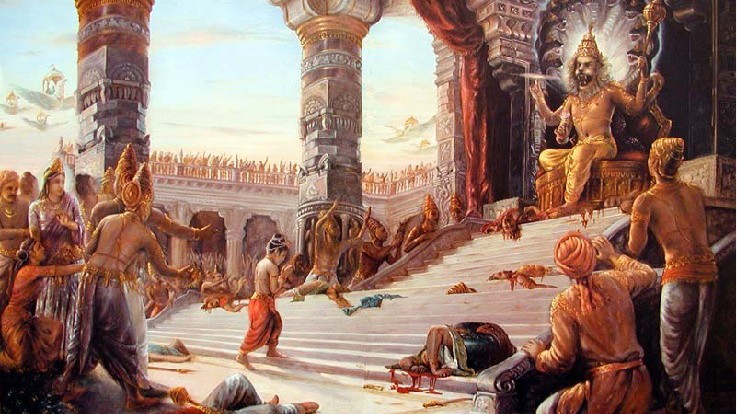 Lord Narasimha in his avatar 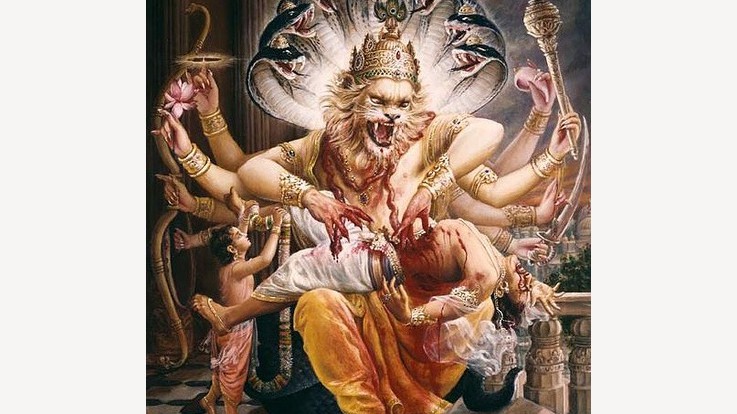 Special Puja is performed on this day for Lord Narasimha and Goddess Laxmi. Devotee wakes up early during the Brahma mahurat to take a bath and wear new clothes. Devotees perform puja and offer flowers, sweets, kumkum, Saffron, Coconut, Gram dal and Jaggery to the deity. Fast begins with sunrise and continues until the next day’s sunrise. Avoid eating any kind of cereals or grains. Narasimha mantra should be recited with rudraksha mala to please God. Devotees also donate clothes, precious metals, and sesame seeds on this day to the poor.