Twice in a year, Jain community observes Festival of Navpad Oli which last for nine days. The first Navpad falls in the bright fortnight of Ashwin month (September/October) and the second Navapad Oli falls during the bright fortnight of Chaitra month (March/April). It occurs exactly between the Shukla Saptami (Seventh lunar day) and Purnima (Full moon day) in both the months. Navapad Oli starts around the festival of Navratri. 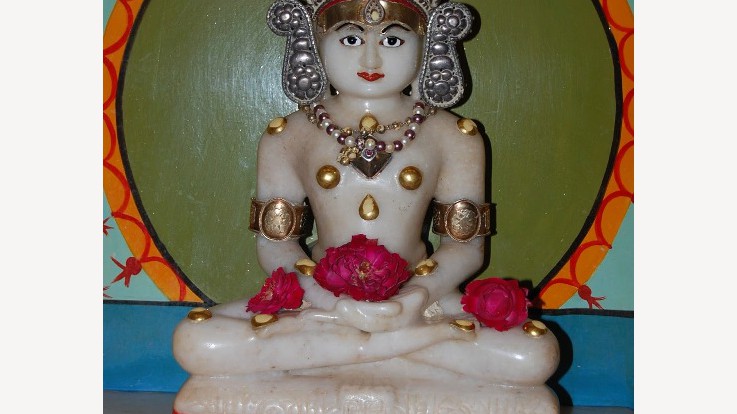 Both of Navapad Oli falls among five Shaswata Atthai. Rest of three Atthai are Chaturmasik Atthai. Jain performs Ayambil Tapa for nine days to salute the nine supreme posts which include Arihant, Siddha, Acharya, Upadhyaya, Sadhu, Samyag Darshan, Samyang Gyan, Samyag Charitra and Samyang Tapa in the universe. Ayambil (Ayambila) is kind of fast where devotees can eat only boiled grains once in a day. The food should be simple with no spices including salt or sugar or oil. Hence, it is very difficult to perform Ayambil Tap.

At the time of 20th Tirthankara Munisuvarat Swami, who lived approximately 1.1 million years ago, the King Shripal was suffering from leprosy. He was married to Mayanasundri who along with 700 lepers took him to a monk Munichandra for the cure. He instructed them about how to perform the Siddha Chakra Mahapuja (with a particular type of fasting “Oli” for a period of 9 days. Navpad is also called as Siddha Chakra. Siddha Chakra is a Yantra which denotes the positioning of the nine Supreme posts which are classified into two groups: Panch Parameshthi and Dharma Tatva. The first five posts are known as Panch Parameshthi and the remaining four posts are known as Dharma Tatva. The last four posts or Dharma Tatva are the great virtues which when followed will lead to the attainment of Salvation. 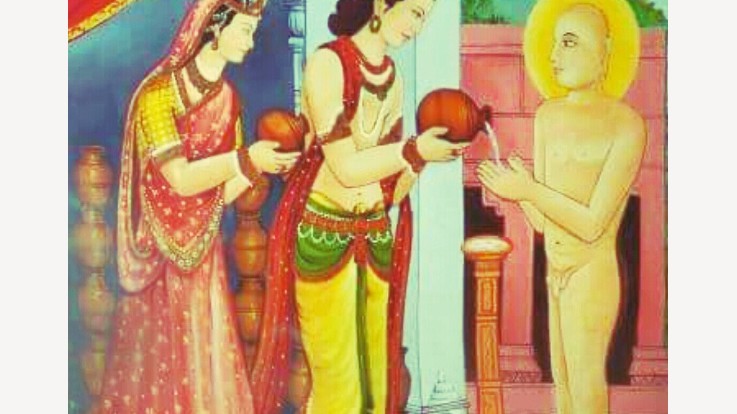 Lord Mahavir along with King

Navpad Oli begins from Chaitra Sud Saptami and Chaitra Sud Purnima. Navpad Oli Tap festivals are considered to be Saswati or permanent, meaning Navpad Oli festivals exist in all time periods i.e. past, present and future. During these days, everyday worship is offered to the Navpad. Each day of nine days’ festival is devoted to nine posts of Siddha Chakra. 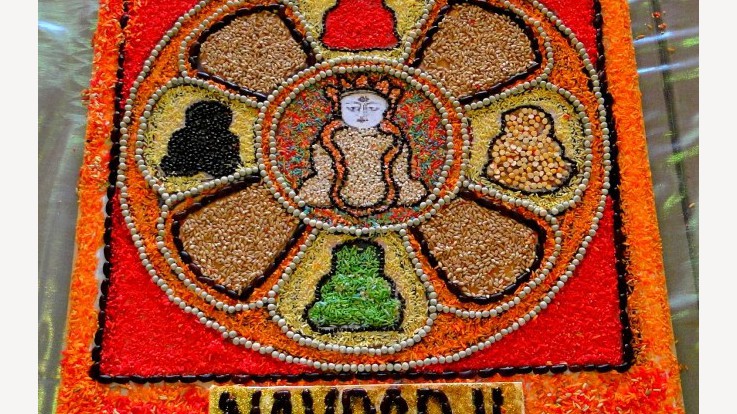 During these nine days, devotees perform Aayambil. They consume food once in a day in one sitting. The food is comprised of simple spice free food, boiled or cooked without milk, curd, ghee, oil, green/raw vegetables, fruits, and sugar. Of course, No roots are allowed to consume.

Those who are unable to perform Aayambil, they can try to do the following things:

Avoid eating roots in these 9 days.

Follow Chauvihar as many days as possible. At least do over the weekend