Thaipusam celebrates the victory of good over evil. It is believed that Goddess Parvati gave the ‘Vel’ (lance) to Lord Murugan on the Thaipusam day to destroy the demon army. Thaipusam is observed during the Pusam star in the Tamil month of ‘Thai.’ Thaipusam is mainly celebrated across South India including Kerala, Andhra Pradesh, and Karnataka. The word Thaipusam is a comprised of the Thai, name of the Tamil month and Pusam, the name of the star. This Pusam star is at its highest point during the festival. 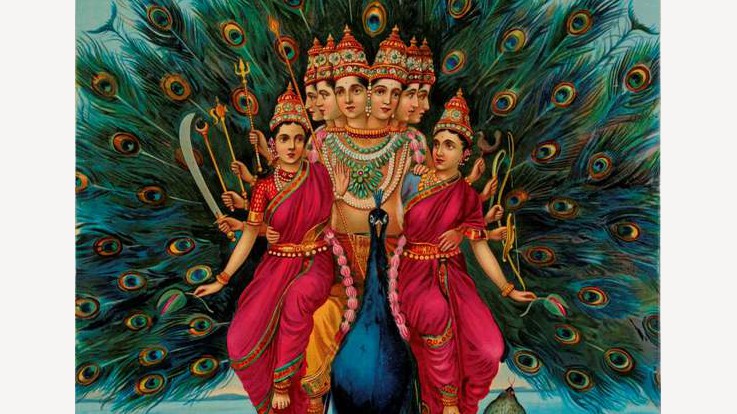 The Vel received by Lord Murugan from his Mother is a symbol of purification. According to the legend, the Vel was given to Lord Murugan to eliminate three demons Surapadman, Singamugan, and Tarakasura. They represent the forces of hatred, greed, and arrogance. The Vel, a symbol of light and wisdom was used by Lord Murugan to kill the three asuras and bring peace to the Heaven and Earth. The Vel is the protecting and purifying force of Lord Murugan, and Thaipusam is a celebration of these forces. It is a time to seek Lord Murugan’s blessing to lessen the burden of bad karmas from wrong doings and to make life more positive. Thaipusam is a festival that is marked by acts of penance such as carrying the 'Kavadi.' Carrying kavadi is a practice of penance. "Kavadi" is a simple structure that consists of a straight horizontal branch of a tree with two pots of milk tied at either end and decorated with a wooden arch, flowers and peacock’s feathers. 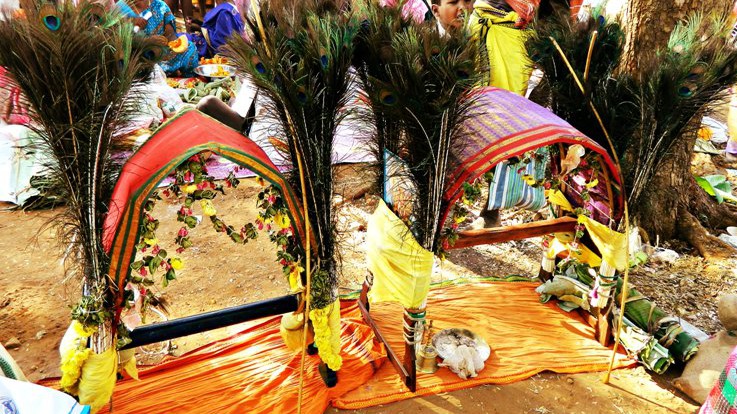 Kavadi during the festival

The festival of Thaipusam is celebrated in remembrance of two important events in Hindu mythology. On this day Lord Murugan received the "Vel" (Spear) from His Mother, Goddess Parvathi so that he could vanquish the evil demon Soorapadman. On this day God Shiva danced the "Ananda Tandava" and revealed his Nataraja form to the Gods, sages and priests gathered at the Shiva temple of Chidambaram in Tamilnadu. Thaipusam is celebrated in both Sivan and Murugan temples, though Thaipusam is more popular as a Murugan festival. Thaipusam festival usually falls on the last week of January or beginning of February.

Son of Lord Shiva and Parvati, Lord Murugan is also known as Skanda and Subrahamaniyan. He defeated Tarakasuran and other demons with his ‘vel.’ Hence, most images of Lord Muruga have him carrying the powerful ‘vel.’ Devotees carry Kavadi to Murugan temples. Nowadays, Thaipusam celebration has garnered international attraction for the body piercing with vel (lance) by devotees. On Thaipusam, most devotees of Lord Murugan offer him yellow or orange colored fruits and flowers which are his favorite colors. Devotees carry milk, water, fruits and floral tributes on pails hung from a yoke on their shoulders to various Murugan temples. This wooden or bamboo structure called 'Kavadi' is covered with cloth and decorated with feathers of a peacock, the mount of Lord Murugan.