Around a billion people practise Hinduism. Many people who practise the religion live in India, Nepal and Sri Lanka.  It has been estimated that around 85% of people are Hindus and they live in India. According to Wikipedia, the major religion in India is Hinduism. The world’s third largest religion is Hinduism.  The position of Hinduism is just after Christianity and Islam. 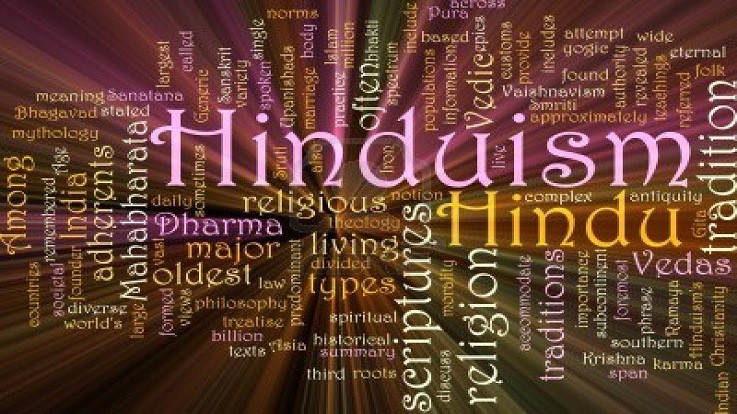 The other names of Hinduism are Hindu Dharma, Sanatan Dharma, Vedic Dharma and Vedic Religion.

There is no single founder of the religion of Hinduism.

Hinduism originated in India. The basis of Hinduism is the teaching from the sacred book called Vedas. 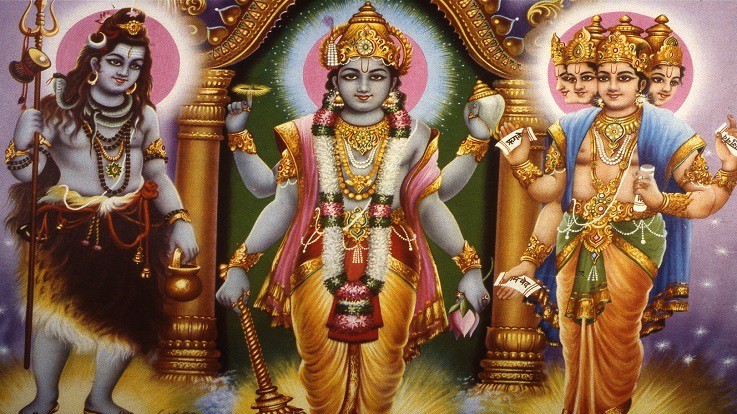 The Tridev, Brahma, Vishnu and Mahesh

There is no real meaning of Hinduism because Hinduism has never been followed as a religion. It is actually a way of life people practised or followed and it came to be known as ‘Hinduism’.  In Hinduism, Hindus worship God in the form of an idol and place of worship is the temple.

There are different sects in Hinduism like Vaishnavism, Shaktism and Shaivism. The aims of life in Hinduism are Dharma, Artha, Kama and Moksha. The ultimate goal in the life of a Hindu is salvation. The main symbols of Hinduism are AUM and Swastika. 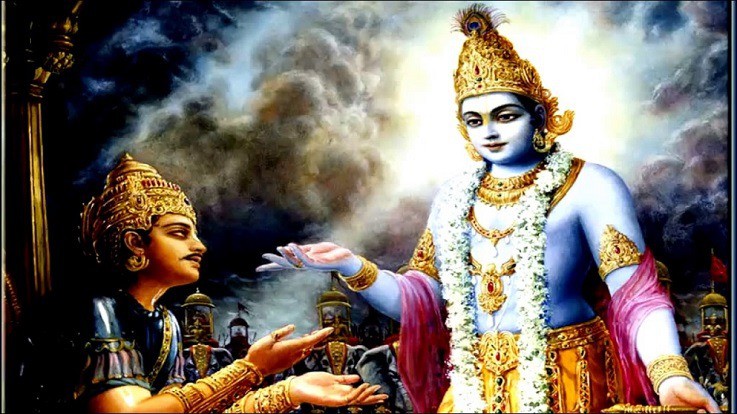 The nature of Indian philosophy is extremely vast. There are many sages who have spent their whole life in learning and making people understanding the concept of Hinduism.  There are four books of Vedas like Rig Veda, Sama Veda, Atharva Veda and Yajur Veda.

Again, these Vedas are divided into two different sections and they came to be known as Karma Kanda and Jnana Kanda.  Vedanta is the end part of the Vedas. Vedanta is not based on speculation rather it is a spiritual experience of people. The Upanishads tell us about Indian Philosophy. 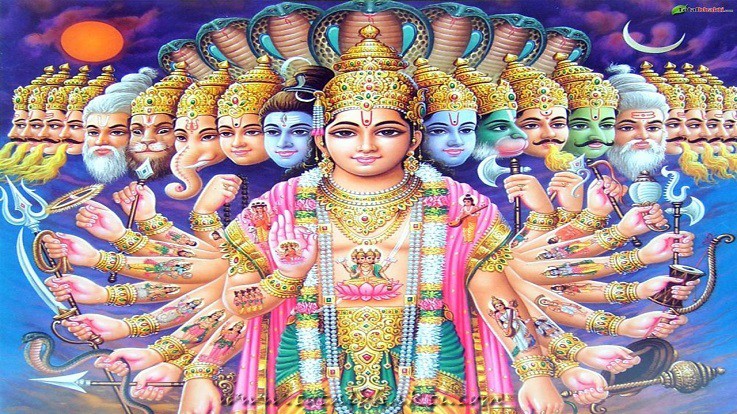 According to Hinduism, the human body is mortal however the soul remains to exist and they go through a continuous process of birth and rebirth.  Like a human being changed clothes, similarly, the soul changes bodies. When death occurs, soul changes from one body to another body. The goal of Hinduism is to attain Moksha or Salvation.